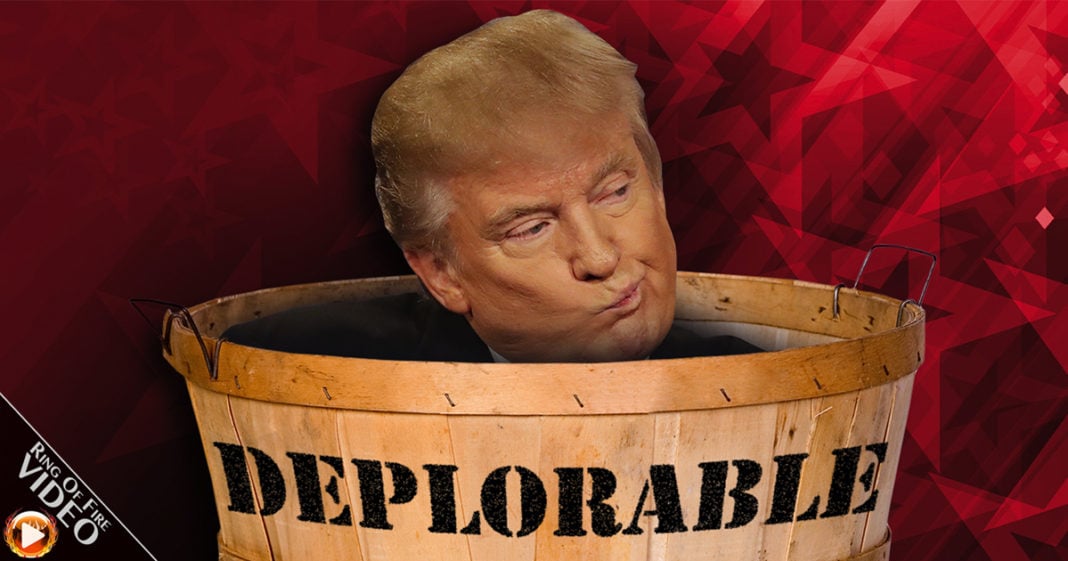 Donald Trump’s supporters are a unique breed, and according to the latest data, they are a uniquely racist, dull breed. His supporters believe that white people don’t have enough influence in the United States, meaning they have no idea what the current makeup of our elected officials looks like. The Ring of Fire’s Farron Cousins discusses this.

Donald Trump’s basket of deplorables is absolutely overflowing with hatred and ignorance these days. According to the latest polls, 38% of Donald Trump supporters, that 38% of people sitting in that basket over there, believe that African-Americans have too much power in the United States. Similarly, about 20% of those supporters believe that White people do not have enough power in the United States.

Obviously, we can get into the fact that this country was founded by white men who took it over from the Native Americans through slaughter. We brought Black people over here to be our slaves. Yeah, White people have always done pretty well in America. I don’t think any intelligent person, or, hell, even somebody as dumb as Gay Johnson would ever believe that White people don’t have enough power in the United States.

For all the people who complain about how bad things are in this country, let’s take a look at that. It’s always been White people leading. Maybe, maybe, we need to change that. Maybe it would be a good idea to have that reversal of power to see some real, you know, equality in this country for a change. That is an interesting thing to think about. When you hear so many people say, “This country is headed in the wrong direction,” “This country’s screwed,” “All politicians are bad,” they’re mostly White and have always been mostly White for the entire history of this country. If things are so bad, maybe White people are to blame.

Don’t tell that to the basket of deplorables. Oh, no, no, no, no, no. They want White people to have even more power. That begs another question, what power’s left? Are you made because there’s a Black man in the White House? Yes, you are. Putting a White person back in there, what’s that going to do? Boost your White ego? What does that accomplish? This election has become, obviously, not about issues which is very disappointing. What we do see with Donald Trump is that if he were to take office, it’s going to empower the white supremacists, the white nationalists, the basket of deplorables.