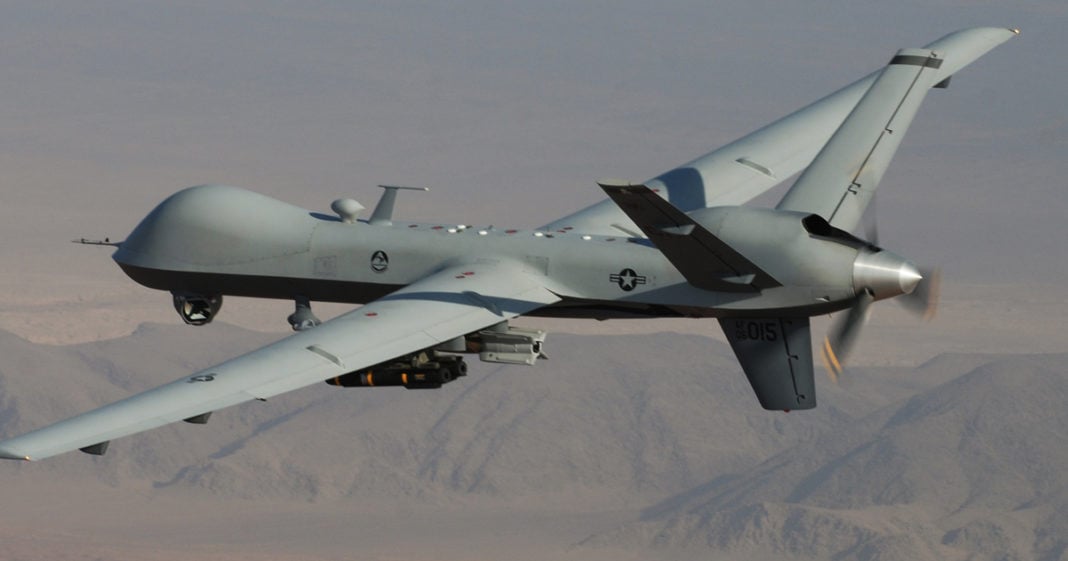 In the final stages of what has become a new era in military combat, the U.S. military has begun building a massive drone base in Africa to the tune of $100 million.

The base is set to be located in Niger, one of the few countries which will allow the U.S. to house a new, monstrous type of drone even more damaging than the current predator drones.

MQ-9 Reapers are newer, larger, and potentially more lethal than current drones. The base and its cargo is to be used in expanded efforts in Western Africa as the U.S. continues to expand it’s unmanned attacks across the planet.

When you think about the massive increase in drone use in warfare we have seen in Obama’s eight years as president, it becomes very clear that Obama is a lot more nefarious than his “hope and change” image may want you to believe.

It’s no wonder that the president so wholeheartedly opposed the 9/11 bill he vetoed this week as it might open himself and the U.S government up to lawsuits by victims of his widespread drone strike programs all over the planet.

Numbers vary, depending on who is reporting and what sort of insider information they have, but no matter how you slice it, drone strikes have killed a significant number of civilian and innocent people, alongside the targeted militants. Many of those are children.

We as a nation really haven’t done any soul-searching into what it means for the U.S. to use drones to take out enemies and civilians alike. As the military continues to create stronger and more deadly weapons, we must decide what is and isn’t accepted forms of warfare. We cannot depend on our president to make that call for us as he has proven already that he is willing to do just about anything.