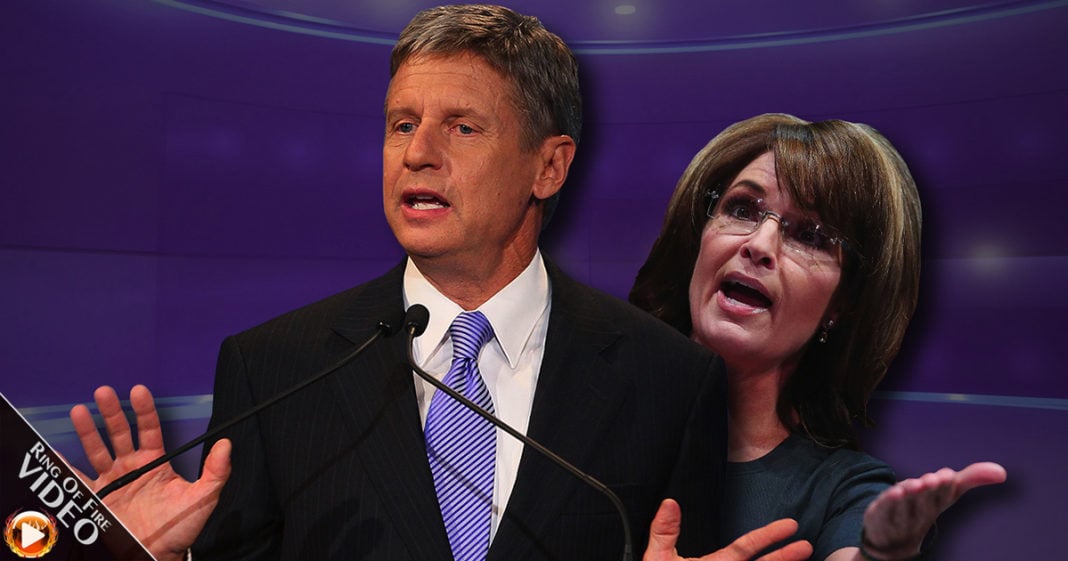 Gary Johnson, the Libertarian presidential candidate, seems to have a problem with knowledge. He has committed so many gaffes that he’s making Sarah Palin and Rick Perry look like brilliant, sophisticated leaders, and that’s no small feat. The Ring of Fire’s Farron Cousins discusses this.

Following up his recent comment of “What is Aleppo,” Gary Johnson during an interview this week told a reporter, “You know what? I really can’t name any foreign leader that I specifically like. I can’t remember anybody. I guess I’m having an Aleppo moment.” Look, this man is running for president. Yeah, he’s not going to win, but he’s getting between 6 and 8% of the public support, and this guy’s an absolute moron. Yeah, Trump’s a moron too, but at least, at least he is not as blatantly stupid as Gary Johnson.

Gary Johnson is the Sarah Palin of Libertarianism. I mean, think back. This man can’t name a foreign leader. His whole “What is Aleppo” thing. He doesn’t get it. He doesn’t know enough as a human being to lead anyone. Just like Sarah Palin was. The whole “I can see Russia from my house” and Gary Johnson “I can’t name a foreign leader.” If you recall, George W. Bush had the same problem back in the 2000 election during the first presidential debate. Could not name a single leader. They coached him up, and in the second debate he did nothing but spout off names of foreign leaders.

The bottom line is that I know Gary Johnson is getting a lot of this protest vote, mostly from Republicans, but the man is painfully, painfully ignorant. We’ve already been through eight years of George W. Bush where we had a painfully ignorant president, so do not waste your protest vote on someone like Gary Johnson in the off chance that maybe he could win something, maybe. I don’t know, but it’s so not worth it, because that man is dumber than a box of hammers that have already lost their handles.

That’s what we’re talking about, because all of Libertarianism is basically that way. These people don’t believe in the federal government. They’re acting like the federal government’s some kind of Bigfoot monster out there terrorizing them, when in reality, they just want to hand everything over to corporations. Libertarianism doesn’t work, and when you have somebody at the helm as dumb as Gary Johnson, it never has the possibility of working. My advice again, please do not waste your protest vote on someone as stupid as Gary Johnson.