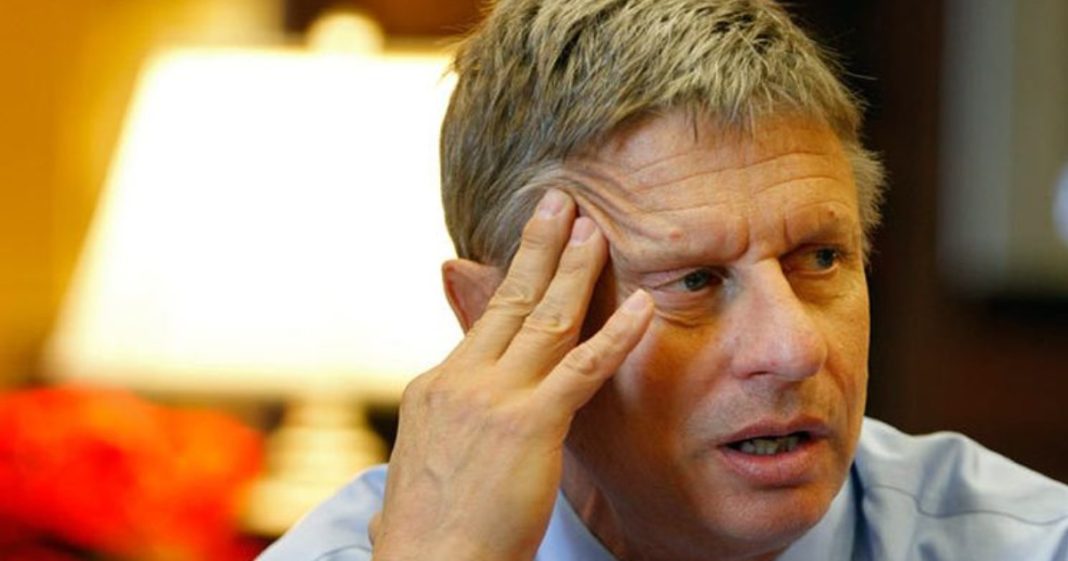 During a MSNBC town hall event, Libertarian candidate and vice presidential candidate Gary Johnson and Bill Weld sat side by side on Wednesday evening, fielding questions from host Chris Matthews about various topics. Johnson was doing fairly well, according to accounts, until a seemingly benign question absolutely stumped him.

Johnson sat uncomfortably for a beat, blew air out of his mouth while Matthews listed off a whole host of continents and nations from whom he would accept a leader.

Finally, Johnson said, “I guess I am having an Aleppo moment in the form – the former president of Mexico.”

Matthews interrupted, “But I’m giving you the whole world!”

“I know,” Johnson replies, ashamed. “The former, the former president of Mexico!”

“Which one?” an exasperated Matthews asks.

So once again, Johnson showed his hand – and it was damn empty. If he truly were having a “brain something,” as he claimed, why didn’t he name another world leader? As Matthews said, any world leader? Anything would have made the man look better than the bumbling idiot he appeared.

Asked to name his favorite foreign leader, @GovGaryJohnson couldn’t name one. He shouldn’t be running for president. https://t.co/cn4oWaUFu1