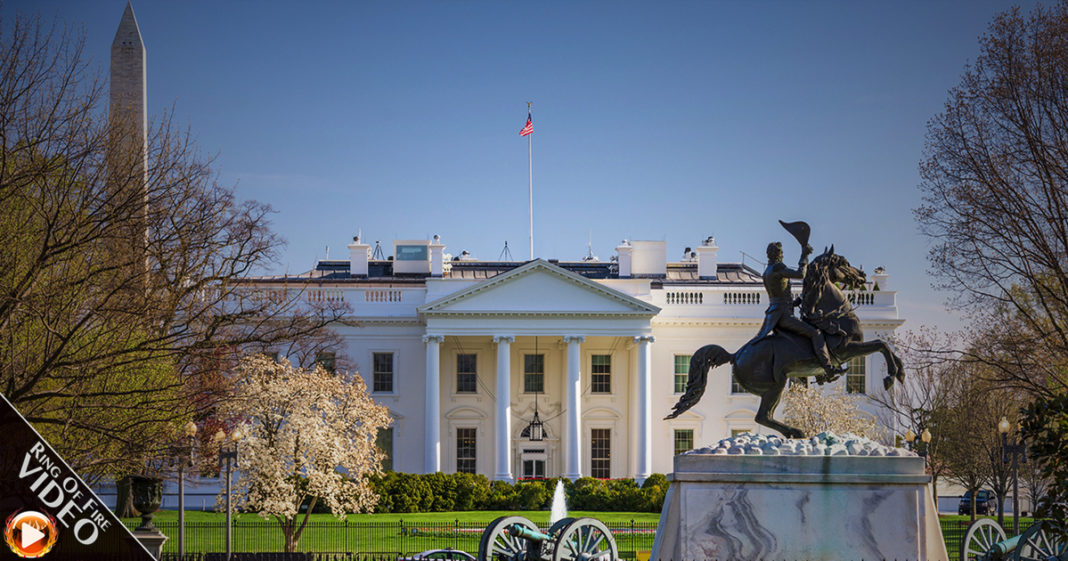 It seems like all of the problems with our government come down to one thing: Money. And there are 5 simple moves we could make as a democracy to end the worship of money among our politicians. The Ring of Fire’s Farron Cousins discusses this.

If there’s one thing we’ve seen more than anything else during this entire presidential primary and now presidential campaign season, is that people are really mad at the government. They don’t trust it, they don’t like it, they don’t like the way things are going. They say the country is on the wrong path, and they overall think that politicians in general as has always been the case are dishonest. They’re not loyal to the constituents they’re loyal to big business. Well, good news, I have five steps that we could take as a country to finally bring some more accountability and honesty to our federal government.

Step one, the most obvious, we have to get money out of politics. I know that sounds like such an easy thing, get money out of politics, but we would have to have a constitutional convention in order to get that amendment passed, [anything 00:00:49] with all of the steps [we’re bound 00:00:51] to follow. If we got rid of all money flowing to politicians, that includes you going on somebody’s website and donating $5, that should not be allowed. Corporations should not be able to give one single penny to a candidate, they should not be able to hold fundraisers, they should not be able to lend them their jet or their bus or their space. We’d have to have public financing of all federal elections, president, house, the senate, all funded by the public. So where does that money come from?

Here’s where it gets interesting. If we took the public financing for elections money from the military defense budget, which is already the largest in the world, the largest expenditure of our federal government, it would not only drain some money from these defense contractors who are profiting off death, it would also make politicians a little more leery about spending military money to run their campaigns. That’s how you solve that problem.

Step number two, we need congressional term limits. The reason we have term limits on the office of the president is because people did not want some kind of a dictator basically coming in, taking over, and having all of this absolute power. Isn’t that what happens in the house and senate when we have people that have been sitting in there for 20 or 30 years? They get the best committee assignments, they wield more power, the know more people, they have all the power, they have that, we have to end that. I say 12 years for house which is 6 terms, 12 years for senate which is 2 terms, but then after that in order to get your pension, you have to stay on for an additional 6 years and mentor your replacement.

See, a lot of people, with term limits are worried then we’re going to have so many inexperienced people. That’s why you make the experienced people work another 6 years full pay. We can do that in the role of a mentor. That way, you always do have somebody knowing what’s going on, but that person is not allowed to draft, write, sign, or do anything involving legislation. They are there as a teacher not as an elected official.

Step number three, we have to ban outright the meeting of politicians and lobbyists. If you are an elected official, it should be illegal for you to meet with a lobbyist of any kind. Instead, members of your staff can meet with a lobbyist on the grounds that they also meet with the opposition side. Any meeting has to include both sides with equal time. Then the aid, the staffer, whoever, can go meet with the elected official and tell them what they think about the issue, what happened during the meeting, will need full transcripts so the politician can read this, and that will help reduce the influence that lobbyists have over our politicians.

Number four, we have a big problem with politicians leaving office and going out and becoming lobbyists. Right now there is a waiting period, I believe it’s been shortened, it’s 2, 4 years something of that nature, it needs to be forever. If you’ve ever served in elected office, you are banned for life from ever serving as a lobbyist or anyone who has any connection to a corporation and to politicians. That has to be banned, that is one of the biggest steps here.

Number five, the final way we finally bring some accountability to our democracy is when we make election day a national holiday. Every single person in this country gets off work. If you’re unable to take the full day whatever corporation or company you’re with, then you have to give all of your employees half-day. You figure it out, you stagger the schedule however you need to do it, but you make damn sure that your employees are able to get off of work to go vote without being penalized. We also need to provide buses to areas where people aren’t able to drive or walk to the polls, we need to provide transportation for anyone who is unable to get there. We need to increase early voting, increase absentee ballots, and that way we get as many people as possible participating in the electoral process.

There you have it, five steps that we could take as a country within the next couple of years to revive accountability in our political process. They’re easy steps, will take some work to get them done, but if we did, I promise you we would see a majorly massive change in what happens in Washington DC.