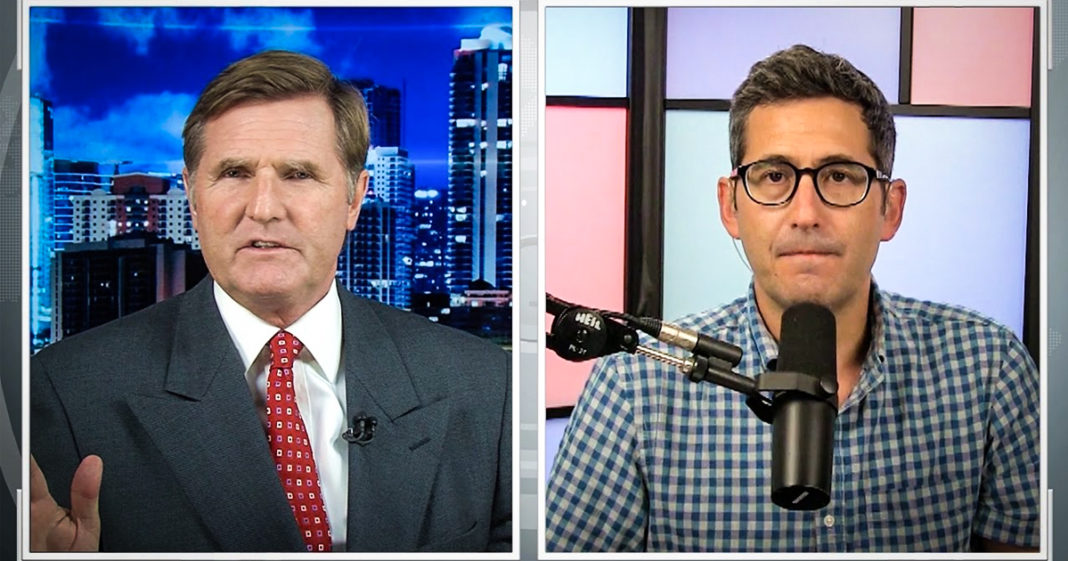 Ring of Fire’s Mike Papantonio and Sam Seder discuss how the new drug designed for Duchenne muscular dystrophy patients has been pushed onto the market by the FDA, despite the fact that their own scientists question the effectiveness of the new blockbuster drug from Sarepta Therapeutics.

Sam: Pap, there’s a couple of stories that I wanted to discuss with you, and I know that you’ve been following quite a bit. There was this story that the FDA approved a treatment for Duchenne muscular dystrophy despite the fact that the panel of experts and their own agency’s reviewers questioned whether or not the drug was effective. Tell us about this? How does that … I think listeners to the program are just …

Pap: It’s actually worse then this. You had Dr. Ronald Farkas who’s been with the FDA forever, has been the one complaining forever, about the fact that the FDA has become an extension of the drug industry. Put that together with Obama’s latest appointment to the FDA of Dr. Califf. Those are two very important names in the story. Califf came from Duke. He had more consumer groups urging Obama not to appoint the guy because he is basically a pimp for the drug industry. As a matter of fact, if you go back and look at the Xarelto story you’ll see the stories where under the leadership of Califf at Duke where they were looking at Xarelto it was very clear that the clinical data had been gamed, it had been hustled, and Califf still allowed it to go through and it was actually approved by the FDA.

This is a particularly ugly story. This is a drug that costs the patient who is using it $300,000 a year just to use this drug that’s supposed to give a certain subset of muscular dystrophy patients some relief. In the stories that are being covered by the media they keep saying it was the patient groups that were pushing that.

Sam, every time you see that the patient groups that are pushing a drug, all it is is there are people that simply an extension of the company that wants the drug on the market. They flood people into these FDA hearings. They make it look like this patient group is a group that really has to have the drug and they don’t give you any sense of what the back story is. The back story usually is deplorable.

Here we are again with a drug that really doesn’t work. I’m glad that people can take this drug. I suppose if there’s any chance of it working, wonderful. The overall science, it’s overwhelming, says that this is simply a waste of $300,000. The good news for Sarepta, the folks pushing this thing, the good news for them on their drug called Exondys 51, is that they’re going to make on the deal $2 billion right off the bat just selling the drug at $300,000 a year per patient. Then they’re going to make another $350 million when they sell the rights to use this drug even for children.

Sam: Give us a sense, and I think most people presume when they hear the Federal Drug Administration, that necessarily means that when a drug has received FDA approval that it is safe, so I can take it, and that it is effective. Even if the FDA was doing it right that’s not …

Pap: If a person out there believes that the FDA has tested their drug they are in la la land. They don’t even have the capacity to test the drug. All they do is look at clinicals that are handed to them from the very corporation that wants the drug on the market. The thing we find time after time is those clinicals that are handed to the FDA, most of the time are shamefully gamed. They leave people out of it. They drop people that had adverse events. They increase statistics. They move numbers around. All of a sudden it looks like it’s a safe drug and the industry knows clearly it’s anything but a safe drug, but they put it out there anyway. Why? Because you have a CEO, typically, that’s only there for 3 years.

The CEO is trying to make as much money as he or she can on the cash cow. You see they even talk about the cash cow drug at NBA schools. Get the cash cow drug and you’re going to make a lot of money quickly and then you can move onto the next corporation like they tried to do with the EpiPens. Same deal, exactly the same thing. People are so damn willing to ignore all that. They see an advertisement, understand there’s only 2 places in the world where you have direct to consumer advertising, here and in New Zealand. They see an ad that says, “Do you have restless feet,” or whatever it may be for the day, crazy tongue or whatever new invented disease they have for the day.

They see that ad, they go to the doctor, they say, “Doctor, I’ve got to have this drug.” It’s no longer even in … Doctors aren’t even involved in the process anymore, it’s the TV.

Pap: Sam, as you’ve talked about, and we’ve talked about on this show, that the book that I’m releasing right now, it’s called Law and Disorder, I talk about all this in the book. It’s a fiction. It’s a novel. The truth is I talk about these background stories, and this is one of them. If a product hasn’t been on the market for 10 years do not take the product unless it’s an absolute life threatening process. Do not take the product. If it’s life threatening, yeah, you may have to. If it’s something where you have an option you take the older drug. I’ve got to tell you in the last 10 to 15 years the drug industry is upside down. We don’t have an administration with Obama or with the people that came before him that were willing to do anything to push back on the drug industry. Our government entities don’t even negotiate with them to get the price down.

A drug that sells for $300,000 a year like this one, for example, over in Canada is probably going to sell for $5,000 a year. That’s how outrageous it’s gotten. We have mark ups, Sam, of 62,000% on some of these drugs, 60,000 to 70,000% on these drugs. You know what? The American public they don’t pay attention to these stories. They pay attention to stories about who’s going to be elected to the white house, who’s going to be the next senator. In the meantime the real stories like this are completely going unnoticed by corporate media.

Sam: I’ve read Law and Disorder and I’ve said it multiple times, I think the part of your book, it’s a fiction book, but the background stuff, the information that you impart alongside, obviously, the story and the narrative, I think it’s crucial for people to understand because there’s a whole set of assumptions that we all have that our EPA functions a certain way, our FDA functions a certain way, that food safety is a certain way. The fact of the matter is it’s not that way. It would be great if it was, and it’s not even necessarily, like you say, always failing, it’s setup that way be design because we have forces in our government.

We have one party completely dedicated to it. Another party I think which basically goes along for the ride, which says the bottom line is drugs are manufactured not because they’re medicine but because they’re a huge, huge business.