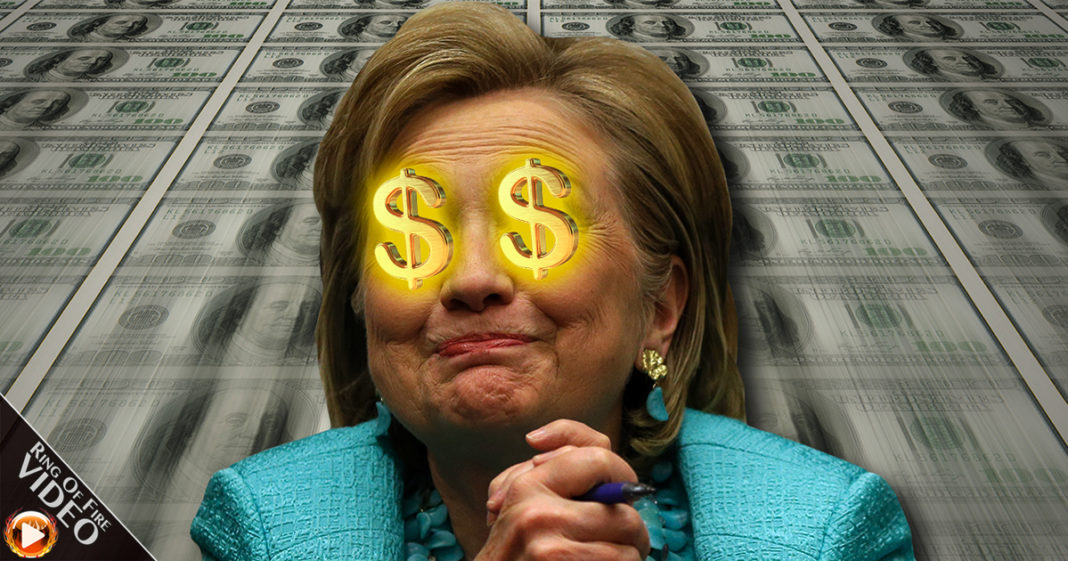 Hillary Clinton is raking in tons of cash from Wall Street bankers, and they are already predicting that this cash will preserve their crooked ways if she wins the White House. The Ring of Fire’s Farron Cousins discusses this.

In what could be the most predictable move of the 2016 election, and in what could be the biggest validation of all the fears that voters have about Hillary Clinton, according to a new report by the International Business Times reporter David Sirtoa, a Wall Street bank has circulated a memo to its wealthiest clients assuring them that, “Don’t worry. If Hillary Clinton wins this election, she’s going to maintain the status quo and nothing’s going to change within the banking industry.” This is, again, according to a memo from Citibank that they sent out to their wealthiest clients, not to mom and pop people who just have a checking account, or maybe a car loan, but to the wealthy people who are worried that, “Oh my god. Maybe there’s going to be financial reform, and we’re not going to be able to get away with our illegal schemes anymore.” Citibank assures us, the group that’s given Hillary Clinton over $176,000, that, “No. Relax. We’ve got her in our pockets. Nothing’s going to change.” Although, they did mention one other thing in that memo. If things do remain the same, there is a slight possibility that we could end up in another recession, but don’t worry about that, because we’re still going to be able to commit all the crimes that we’ve been committing for years with absolutely no recompense.

This is exactly, exactly, what the people who are low to support Hillary Clinton have been afraid of, and here is a bank issuing a memo that confirms those fears. It also confirms that you cannot trust money on politics. Like I said, they’ve given her close to $200,000 and they expect a return on that investment, and they’re going to get it. This is what we’ve seen play out time and time again. It’s very sad to be proven right, really, in this case. You don’t want to be right about things like this. You don’t want to say that things are going to be horrible, and then, “Oh look! Hey! They’re horrible. We were right.” We don’t want that bragging right. In fact, with every criticism we’ve lobbed at Hillary Clinton, we’ve been hoping to be proven wrong. So far, every time it comes back that we’ve been right. People like David Sirota have been right.

It’s really getting frustrating at this point. Hillary Clinton, as this memo says, is absolutely going to preserve the status quo. The Republicans in congress, in the senate, according to this memo, they’re also going to maintain the status quo. Nobody’s going to let anything go through that’s going to harm the bankers. Meanwhile, the bankers are going to continue harming average US consumers. According them, neither Hillary Clinton, nor the Republicans and Democrats in the house and senate, will do a damn thing about that. If you are wealthy and you’ve got your money in Citibank, don’t worry. They’re going to keep screwing over the little guys just to put a few more dollars in your pocket.