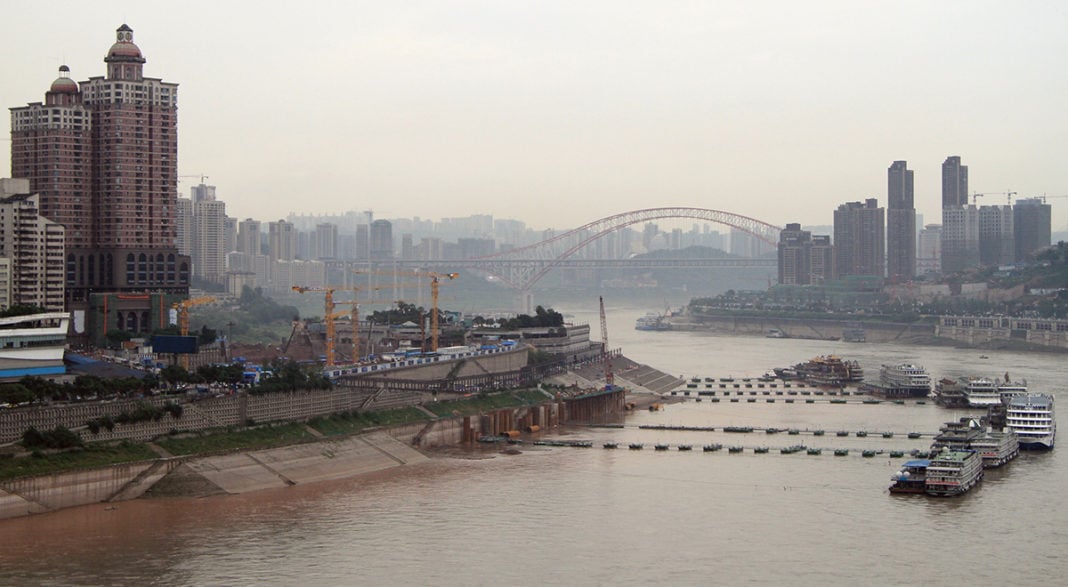 As inadequate as environmental protections seem to be in the U.S., at least they exist. This is not true of many other countries, such as China and Russia. DuPont and other chemical producers agreed to phase out the manufacture and use of perfluorooctanoic acid (PFOA) in the U.S. as of 2015, if only after an onslaught of legal action and pressure from the Environmental Protection Agency forced them into it. Except the chemical hasn’t been phased out at all. The manufacturing of PFOA – better known as “C8” – has just been shipped overseas to countries where corporate polluters don’t have to bother with all those pesky environmental regulations.

Today’s major producer of C8 is a plant located along the Xiaoqing River, upstream from the town of Cuijia in China’s Shangdong Province. That plant is owned and operated by a Hong Kong-based conglomerate known as the Dongyue Group, Ltd. While the corporate website claims to have “established 200 thousand ton per year environmental friendly refrigerants product line”, it is also currently the world’s largest producer and user of C8.  According to a recent study published in the Journal of Hazardous Materials, the Xiaoqing River factory puts out 350 pounds of C8 into the environment every day. That adds up to a whopping 63 tons per year. The amount of C8 in the water is estimated to be 500 times that allowed by the EPA here in the U.S.

Shangdong Province is located along the coast of China, directly west of the Korean Peninsula. For centuries, it has been at the crossroads of commercial trade routes, and is thus a major economic hub for the Pacific Rim. It is also one of the most populated regions of the country, with nearly 96 million inhabitants.

For decades, farmers who live along the 134-mile long Xiaoqing River have been suffering as their crops have withered as a result of the increasingly toxic water. They are not the only ones affecte. Downstream, people living in the town of Cuijia have been coming down with a plethora of illnesses. Cancer is becoming increasingly common, afflicting people at younger ages than ever. When these victims have appealed to Beijing for help, the Chinese government’s response has been a deafening silence.

China is not the only country giving free rein to corporate polluters with practices that would not be tolerated in other parts of the world. There are indications that C8 production continues unabated in India and Russia as well. However, China is currently leading the world in C8 production, as well as the manufacture of dozens of deadly chemicals that are either heavily restricted or banned altogether in the U.S., Canada and the E.U. In fact, a publication last year from the Organisation for Economic Cooperation and Development (OECD) reports that as C8 production was being phased out in Western countries, the amount being manufactured in China increased by 200%. In total, annual C8 emissions in China could be as much as 168 tons – and this is expected to continue for the next decade and more.

As if that were not bad enough, this chemical is managing to make its way back into the U.S. through a range of imported products, including textiles, insulation products, and even dental floss. It’s something to think about the next time you see the label, “Made in China.”