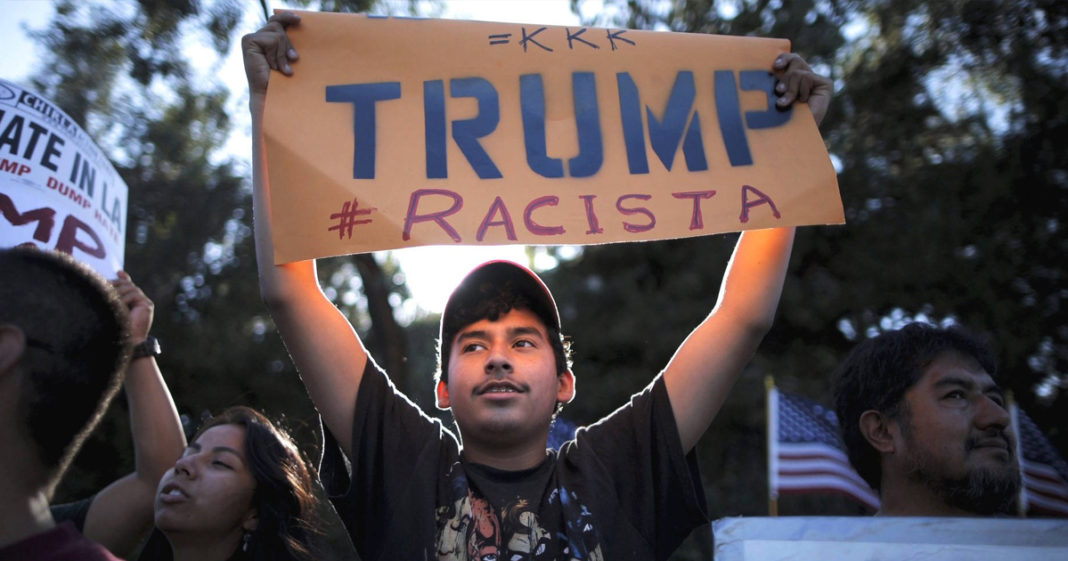 When Hillary Clinton declared that about half of Trump’s supporters could be placed in a so-called “basket of deplorables,” she may have drawn criticism, but she was completely right.

Repeatedly, we have seen evidence that only the darkest and worst among us support Trump – from the racists, to the bigots, to the sexists.

Now, a new survey more than confirms that idea. In a new poll by ABC News and Langer Research Associates it was discovered that four in ten Trump supporters feel that minority groups have “too much influence” while one in five said White people don’t have enough influence.

There you have it folks. If you gather up a handful of Trump supporters, its likely that nearly half have a serious problem with those whose skin color doesn’t match their own. They have so much of a problem, in fact, that they stew in resentment and hatred to see people of color succeed in this world.

It’s disgusting, and we cannot tip-toe around it.

You can read more about this poll at Addicting Info.