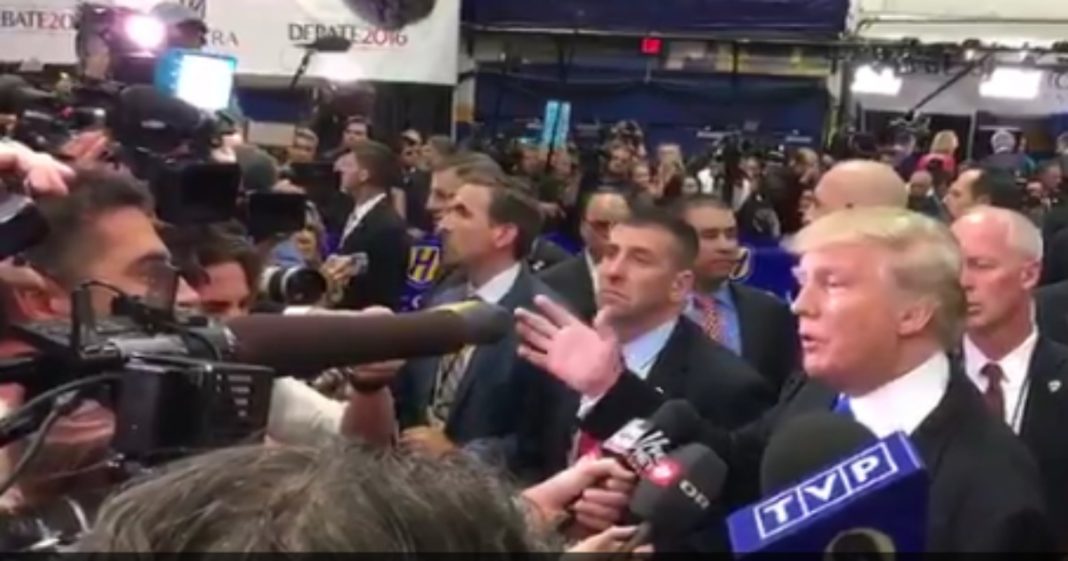 Donald Trump is so used to mobs of screaming neanderthals responding to his every utterance that when the attendees at last night’s debate didn’t hoot and holler at his comments, he figured that the microphone must be to blame.

Speaking to reporters shortly after the debate, Trump proposed that his mic was either defective or had been tampered with. All of us watching at home had no problem hearing him (though we may have wished we hadn’t), but as usual, Trump doesn’t need pesky facts getting in the way of his narrative.

In a massive press gaggle at the debate venue, Trump said that he didn’t have a problem with moderator Lester Holt’s performance, but that something else at the venue wasn’t up to snuff – and to the Donald, it smelled like a rat.

Trump, truly the king of conspiracy, had no second thoughts at openly suggesting that he had been deliberately sabotaged. He didn’t even bother saying by whom, he only wants to plant the seed of opposition where there is none and give his brain-dead supporters another reason to distrust the system.

Trump felt the need to invent this controversy because he cannot fathom a sentence falling from his lips that isn’t immediately lapped up by either political supporters or paid employees. Everything Trump does or ever has done is performed – he wants the roaring crowds, the awes of the lesser and the laments of the greater. Without the world stage, he is nothing. Without the applause, he is no one.