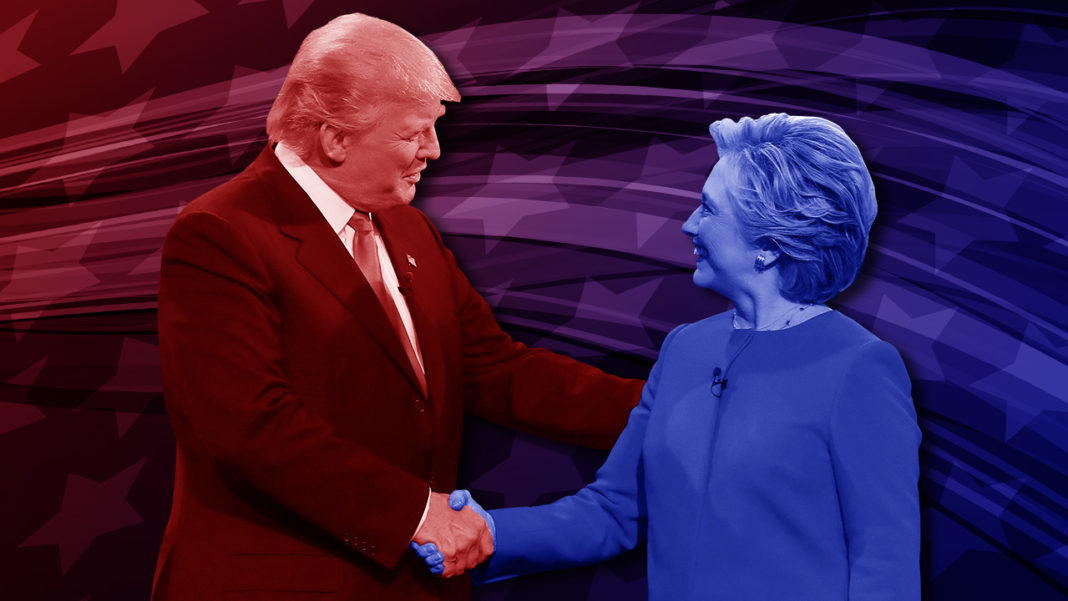 The first presidential debate of 2016 is in the history books, and it turned out exactly as people had expected. Hillary got in some good jabs, but Trump’s bullishness came through stronger than ever. The Ring of Fire’s Farron Cousins discusses this.

Last night we had the first presidential debate of 2016 and it went exactly as everyone predicted it would. Trunp was able to hold it together for about the first 8 to 10 minutes before he reverted back to his old bully, bullish self, complete with a very odd case of the sniffles all throughout the debate that even let Howard Dean to Tweet out wondering whether or not Trump was on cocaine.

Now Trump’s sniffles aside, what we learned from that debate is that both of the candidates are so obsessed with attacking one another that we know very little about what they would actually do as president. Lester Holt, the moderator, did decent. I’m not going to say he did well. He did fact-check Trump a few times, but he still let a lot of lies fly that he really could’ve easily called Donald Trump on so a decent job, not great, could have been better.

For Hillary Clinton, she hit every point that she needed to hit during that debate. She attacked Trump for his attacks on women, for his shady business practices, which he defended by saying well, that makes him smart. Not paying taxes makes him a smart guy. Rooting for the housing crisis is just how business works. Hillary hammered the hell out of Donald on all that and she absolutely needed to. Donald Trump, on the other hand, interrupted Hillary Clinton more than four dozen times.

Misogyny was on full display from Trump along with his complete lack of empathy for any other human being on the planet. When you look up the textbook definition of a sociopath, Donald Trump fits every single piece of that description and obviously, something that we saw play itself out last night is that Donald Trump is indeed a corporate sociopath. Here’s what gets me. All right, today all of the analysis is, “Who one?” Well, online polls, some of them show Donald Trump won, some show Hillary Clinton won. Everybody says, “This person won.” “My guy won.” “My girl won.” Whoever won, somebody won.

Now, listen to me, this wasn’t a sporting event. I know the coverage all day made it seem like it with their tailgate parties and marching bands, but that’s not what this was. There was no clear winner and no clear loser because that’s not what a debate is about. It’s not about making the other person look bad, it’s about selling your case to the American public, and I think that’s what this campaign has grossly gotten away from. We know Donald Trump is horrible. We want to know what you stand for, Hillary.

Donald, we know that you hate everybody on the planet but do you at least have any kind of plan other than build a wall? Come on, these guys, these people have to have some kind of policy position to make their case. It can’t just be Hillary’s bad because Bill Clinton passed NAFTA and Donald Trump’s bad because he insults women every time he opens his mouth. Those aren’t campaign points. You can’t win a campaign, you can’t win a debate by saying, “I’m better because this guy is so bad.” No, that’s not how this works.

The real winner of the debate should have been the American public, but they did not win. In fact, the only clear winner was the media as they had more eyeballs on the screen than they’ve probably had in years, so we learned very little from the debate. We did learn that Donald Trump cannot keep his composure for more than 10 minutes. We learned that Hillary Clinton is able to hold her own against the biggest bully in American political history and that’s a positive, but shy of that, there was no real outcome. No winners, no losers, unless you count the American public, because last night truly was a sporting event spectacle that offered us no real glimpse into what either of these people stand for.