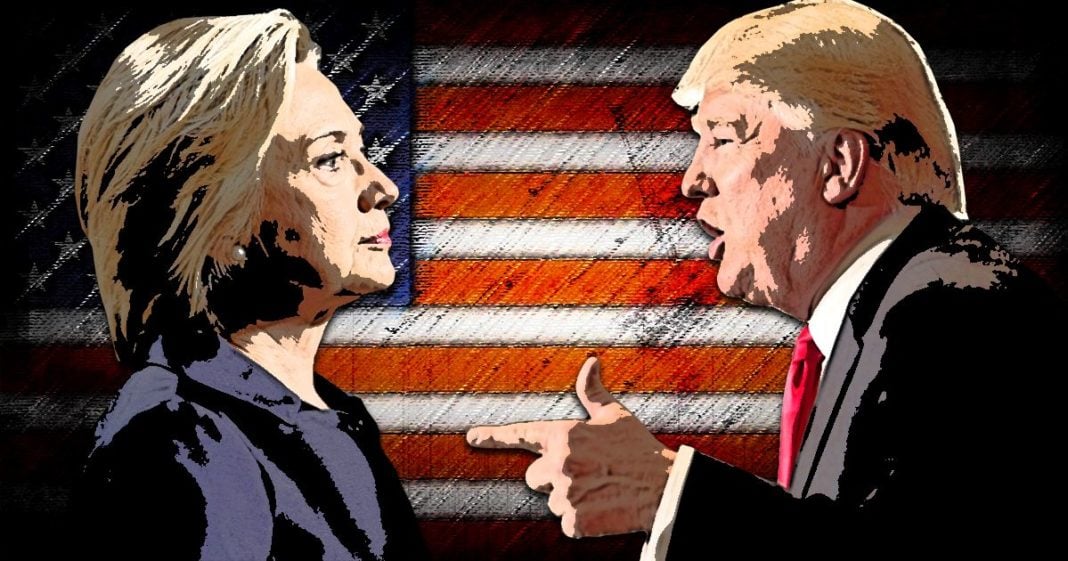 Well it finally happened – the political showdown of the century. In one corner, a practiced politician with all the experience and all the crooked connections. In the other corner, an oft-bankrupted businessman with an insult list a mile long.

If you go searching around the interwebs for a consensus about who won in last night’s first presidential debate, you will find that results vary based on the leanings of the website or the slant of the publication. You really have to decide for yourself.

But one thing is clear: Hillary Clinton was having the time of her life while Donald continued to spin out of control.

Repeatedly, Trump seemed to lose his temper and take personal offense to Clinton’s jabs. He harped again and again on the fact that she has aired negative ads against him, a sign of his increasingly thin skin.

The subdued mood of the event also worked against the theatrical candidate, the audience’s silence a damper on his WWE-style antics.

As usual, Donald also had some issues with the truth, disagreeing with both Clinton and moderator Lester Holt who called him out on things he had said in the past. In usual Trump style, the Donald tried to revise history and claim he never supported the Iraq war or that he never suggested the Chinese invented climate change (he did on both counts).

All-in-all, Clinton appeared a bit stilted and over-rehearsed, but it was clear that she knew her stuff while Donald, once again, relied on vague rhetoric and promises to make everything great and awesome.

His performance made many reconsider how they could support a man who clearly doesn’t know a whole lot about the job for which he is applying. While his die-hard racist and sexist fans will stay true to old Orange, we can expect that continued exposure to Trump’s lack of experience and knowledge will tear down his support, debate by debate.

You can watch some of the highlights of last night’s debate from The Huffington Post below.