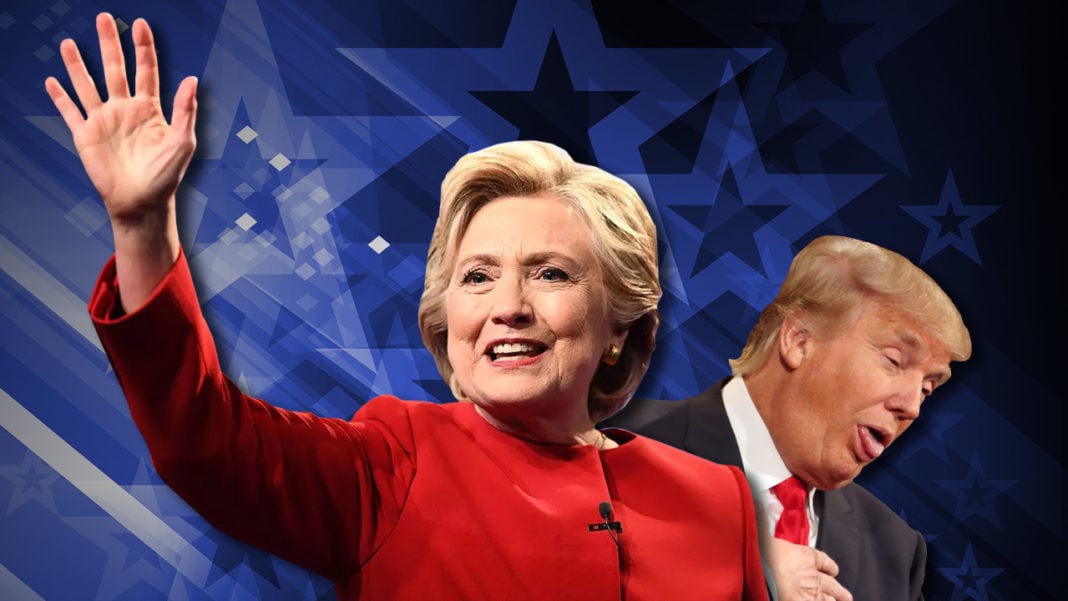 Hillary Clinton has focused most of her campaign on telling us why Donald Trump is so bad, but we still don’t know much about her policy positions. Now is the time for her to pivot to tell us why she’s better and how she differs from Trump. The Ring of Fire’s Farron Cousins discusses this.

Hillary Clinton has made her entire campaign so far, ever since she officially became the Democratic nominee, about bashing Donald Trump, showing us in advertisements, saying during how her speeches how horrible he has been towards people with disabilities, towards women, towards African Americans, towards immigrants, towards everyone. That’s what she has focused on and you know what? Not a bad strategy. Donald Trump is terrible for every living creature on this planet.

It’s time to move past that. After Monday night’s debate, there is no question the entire country saw it, if they hadn’t seen it already which they had, so we know it. There is no need to keep hammering on things that we all already know. It’s a waste of time and it’s a waste of money and according to the polls, if they can be trusted, not a winning strategy. What Hillary Clinton has to do now, if I’m her advisor and I’m telling her how to go forward is these last forty somewhat dates until the election is you have to pivot.

Don’t be afraid to step on his toes. You weren’t afraid to do that during the 2007, 2008 primaries. You don’t have to agree with him 100% of the time, that’s okay. If you actually do oppose the TPP, tell us that you are going to send a message to Obama and say, “I’m against this and when I’m elected, not going to happen.” Same thing with the Keystone XL Pipeline, same thing with climate change. If you say we are going to tackle climate change, you can’t just say, “Go to my website and read the plan.” No, you tell us how you are going to do it.

Lay it out for us, don’t make us have to do your legwork for you. It’s your job to sell yourself to the American public. That’s what’s been missing from her campaign so far and I think that’s why she is dealing with a lot of trust issues, why a lot of people don’t see her as trustworthy really. She still has the second highest unfavorables of any candidate that has ever run for president only losing to Donald Trump in that category. If she got out there and explained what she believes, what she wants to do, what she could accomplish and wants to accomplish, that might change for her but until she does that she is always going to run into these trust issues because she is not being very clear.

We get it, Donald Trump is an ass. Nobody is questioning that. They are questioning what you stand for, what you believe in because the best we can tell, you don’t really seem to stand for anything at the moment other than constantly informing us that you are not Donald Trump. That is not a good talking point. That is not a good campaign strategy. If you want to win, you need to tell us what you are actually going to do as president because you can’t spend the next four years just saying, “Aren’t you glad we didn’t vote for that guy?”