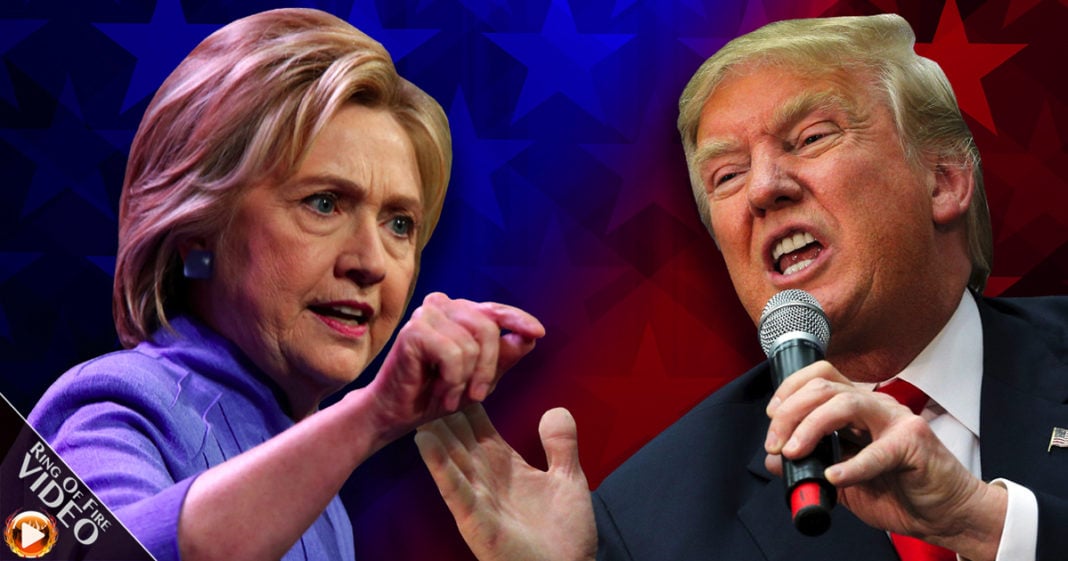 If the presidential debate moderators don’t act as fact checkers, then why bother having a moderator? The job of the moderator has to include fact checking or else there will be no accountability for either candidate. The Ring of Fire’s Farron Cousins discusses this.

Tonight’s the night that everybody has anxiously been hoping would never arrive, and that is the night of the first debate. Now, obviously headlines all over the place, Huffington Post, all kinds of other liberal outlets are saying that the bar has been set so low for Trump that all has to do is not vomit on stage and he wins. There is a lot of truth to that. Everybody is expecting Donald Trump to implode, or to come out as the largest bully we’ve ever seen on a debate stage, so as long as he controls that he’s going to look pretty good. The truth is that the outcome of this debate is going to rest entirely with Lester Holt, the moderator. If he fact checks during the debate, and calls out Donald Trump on his lies, Donald Trump will lose spectacularly. The biggest lose you’ve ever seen. It’s going to be huge, but if Holt allows Donald Trump to get away with just saying the most outrageous lies, then Trump’s going to come out the winner.

It’s going to be on Hillary Clinton to be pulled off her own message in order to debunk those lies, which should not be the job of the other candidate. As we’ve seen from debates in the past it is very likely that that responsibility is going to fall on Hillary Clinton, and not on the moderator, because as Donald Trump has said, he doesn’t think that debate moderators should be fact-checking. Obviously that would benefit him a lot more than it would Hillary Clinton. Here is one thing, regardless of where you stand on Hillary being the nominee for the Democrats, you cannot deny that Hillary Clinton is intelligent and that she is fierce. She is a fighter, she is a very, very powerful and well-spoken woman, and so as long as she is on message, she is going to do exceptionally well in tonight’s debate.

But as we’ve already seen, Donald Trump and his campaign or trying to bring up ghosts from the Clinton past. Their little ruse saying, “We’re going to invite Jennifer Flowers, the woman who accused Bill Clinton of sexual assault. We’re going to invite her to the debate,” and then backing off that shows their tactic, the route that they will be taking for this debate. Which means it’s going to be ugly, it’s going to be gross, it’s going to be heavily misogynistic, and it’s going to be out right dirty. But really, did you expect anything else what we’ve seen so far in the campaign? This is what we’re living in with this election. It’s going to be a crap show. Some people looking forward to it for entertainment value, others are hugely disappointed that we’re probably not going to hear any talk of policy issues.

I happen to fall into that camp, because to be honest I would like to know what Hillary Clinton stands for, because as someone who actually follows the campaign I really don’t know. She has not been clear, and this is the chance for her to come out and state very clearly, and very specifically what she believes, and what she wants to accomplish. If she is unable to do that, Trump’s going to not only win the debate, he’s going to surge in the polls possibly to a point that Hillary Clinton will not be able to catch up with him.