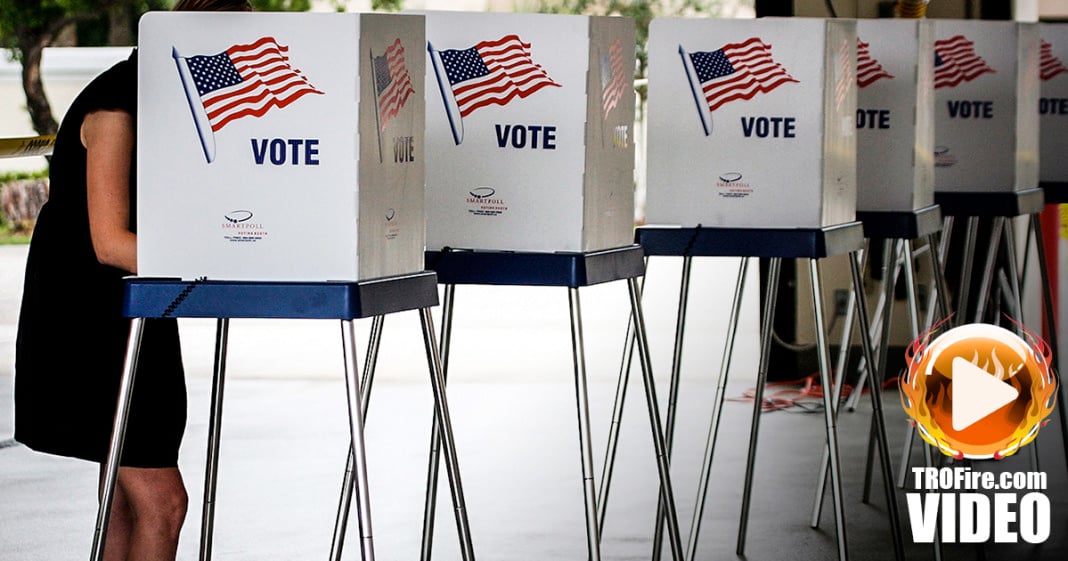 If you looked at every recent poll available, you wouldn’t be able to tell who was winning and who was losing in this year’s presidential election. That’s because polling methods are outdated and sample sizes have shrunk too much to be considered reliable. Polls are meaningless this year, and that’s what the media wants. The Ring of Fire’s Farron Cousins discusses this.

I hope everyone has been paying attention to the presidential polling data that’s been coming out in the last few weeks, because if you have, then like most of us, you have absolutely no clue whatsoever as to who is actually the front-runner at this point. The latest NBC poll has Hillary Clinton up by about four points. Fox News polls have Donald Trump ahead. Some swing state polls have Donald Trump winning them all. The rest of ’em have them neck and neck. Some national polls have Hillary and Donald neck and neck. Everything is useless at this point. That’s the problem with presidential polling data today.

30 years ago, presidential polling data, or polling data in general, was generally considered reliable. Pollsters would call a landline, people would answer, give a few quick answers to questions. They’d move along. Sample sizes were larger. More people were answering and willing to participate, but now, because of the disconnect in technology between the generations, it is nearly impossible for polling data to accurately represent how Americans truly feel about politicians. That is a sad fact of how we live. It’s the price we pay for advances in technology. Most of the primary polling data was conducted via landline. That’s why when Bernie Sanders had his upset win in Michigan, nobody saw it coming because the polls showed Hillary was going to take it. It’s because those polls were based on landline data of elderly voters who skewed towards Clinton. Had they included everyone else, they would’ve known that Bernie Sanders was going to win. It’s the same thing that’s happening right now in the presidential polling data.

Even Nate Silver, the guy who never gets it wrong, has adjusted his forecast five or six times. The latest forecast has Hillary Clinton winning by only 19 electoral votes, whereas one month ago, Nate Silver had Donald Trump with only about a 30% chance of even winning the presidency. Now, it’s close to 45%. Nobody knows what’s going on. Nobody know who’s going to win. That’s sad. We really have nothing to go on, and it’s because pollsters are not updating the way that they take polls. If you put a poll on Twitter, you’re going to skew younger, and that’s going to change the results. If you do landlines, it’s going to skew older, changing the results. Fox News polls are obviously always going to be skewed in favor of Republicans because those are the people that watch the network. MSNBC the opposite. It’s going to skew towards Democrats.

There is really no reliable way to get polling data these days, and as someone who has a degree in Political Science, took research method courses, including polling data, I can tell you that the smaller sample sizes that we’re seeing in these polls are unreliable. The way in which these polls are conducted are unreliable. Unfortunately, my advice for the rest of this campaign season is to ignore these popularity polls. They’re unreliable. They’re unpredictable, and unfortunately, most of them are just completely inaccurate at this point.