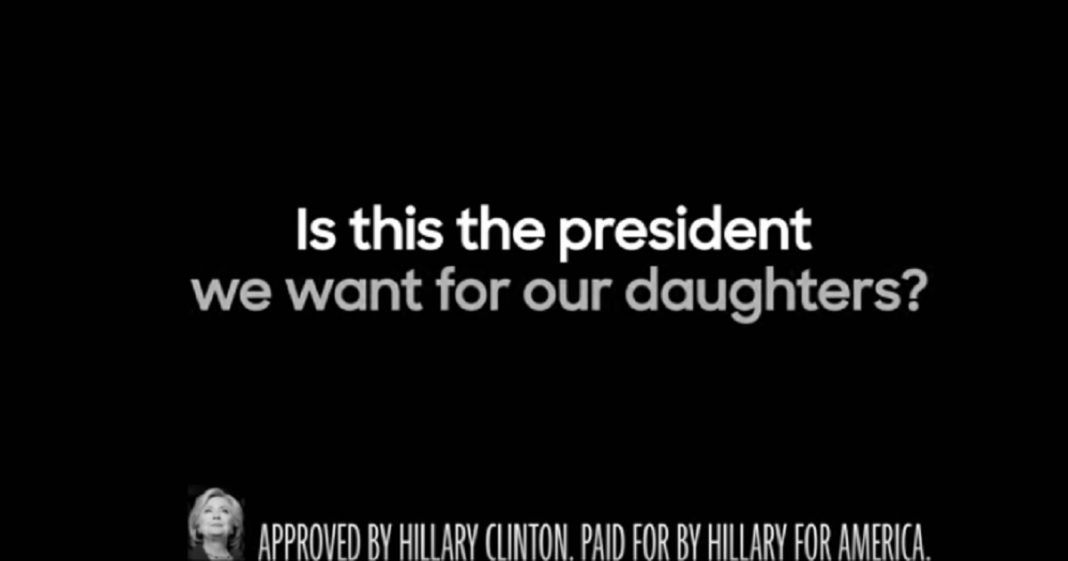 Despite Hillary Clinton’s many flaws as a presidential candidate, watching her latest anti-Trump ad, you realize just how important it is to keep the horrific man out of the White House – not just for all of us adults, but for the adolescent girls in our lives.

In this latest Clinton ad, her team uses a similar tactic to previous ads by playing Trump’s countess offensive soundbites throughout his very public life – particularly focusing on the sexist and misogynistic language he has used about women.

As the audio plays of a younger Trump proclaiming that it’s hard to be a “10” and have a flat chest, or that he would “look at her in that fat ugly face of hers,” the image of young, pre-teen girls staring at themselves in the mirror crosses the screen.

As the last clip of a cocky Donald fades from the screen, the commercial asks, “Is this the president we want for our daughters?”