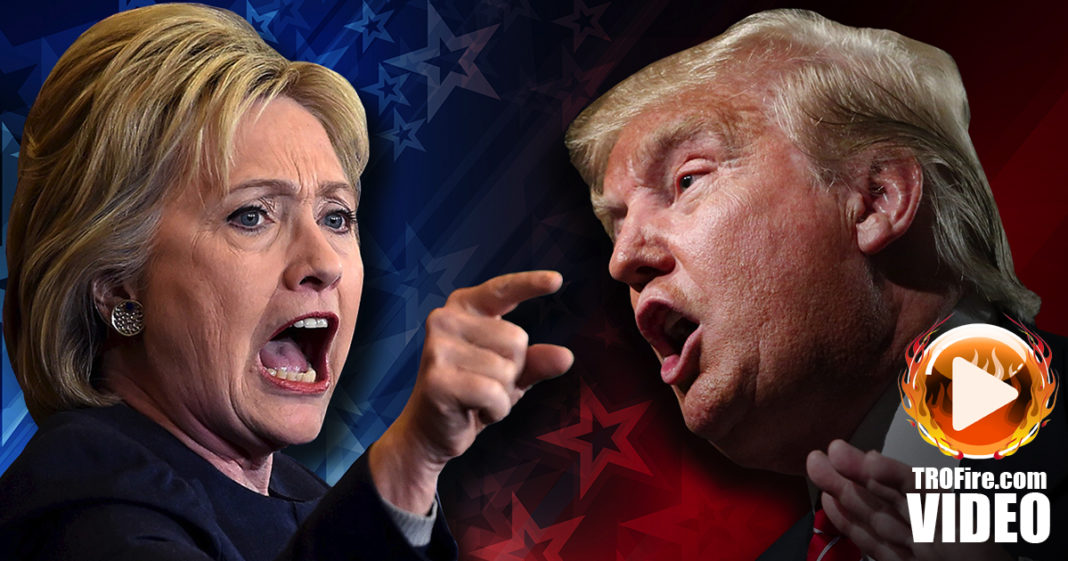 We’re just a few days out from the first debate, and the big question will be who emerges victorious. If the discussion is on policy, then Hillary takes the day. But if Donald gets under her skin, she might walk away a loser. The Ring of Fire’s Farron Cousins discusses this.

This coming Monday night, the event we’ve all been waiting for, the fight of the century, Hillary Clinton versus Donald Trump. While it is a presidential debate, it’s starting to look a little bit more like a UFC fight with all the hype, all the promos going out there. You feel like you probably need to shell out $75 just to order it on pay-per-view. Here’s what’s going to happen during the debate. There are two possible outcomes, and that’s pretty obvious, but here’s how those possible outcomes will work. If Hillary Clinton sticks to her message, and sticks to policies, and hammers the hell out of Donald Trump for things like the Trump Foundation’s borderline criminal activity on not releasing his tax returns, on not being honest about his health, and challenging him on every single policy issue, if Hillary Clinton does that, she wins hands down, walks away the victor, watches her poll numbers spike, pretty much takes the election. If she does that, because Donald Trump has no leg to stand on on any of those issues.

Here’s the problem, and this is basic human psychology. She is going to be up against a bully, and when you are up against a bully like Donald Trump, he’s going to make it personal. It is so hard to not get sucked into that. I don’t think I could do it if I were in her position. If he began attacking me personally, the way I look, the things I’ve done in my past that had already been settled, I would get sucked into it too, so it’s hard to fault her for this. It hasn’t even happened. If she can avoid it, and avoid getting sucked into it, and if the moderators do their job and prevent that, Donald Trump goes down, possibly down far enough that he cannot recover. If she gets sucked into it, if she has to say anything about Whitewater, if she has to say anything about Vince Foster, or Monica Lewinsky, or any of the other stupid stuff that you know Donald Trump is itching to bring up, if she has to talk about the Clinton Foundation, if she says the word “email,” she’s already lost.

That is what he is going to try to do. He’s going to try to suck her in to these BS non-issues. She is strong enough. She is a very strong woman, a very great debater. If she is strong enough to stay away from these personal attacks from Donald Trump, she will walk away the victor, not just of this debate, but probably of the election this early. I mean, it’s so difficult though when you face someone like Donald Trump, a bully who wants to go personal because that’s all they know, that’s all they have, that’s the only trick in their book. It’s hard to stay out of it, but if she can do that, he’s toast, but if she gets sucked in to what he’s saying, any of those personal attacks, then he’s won.