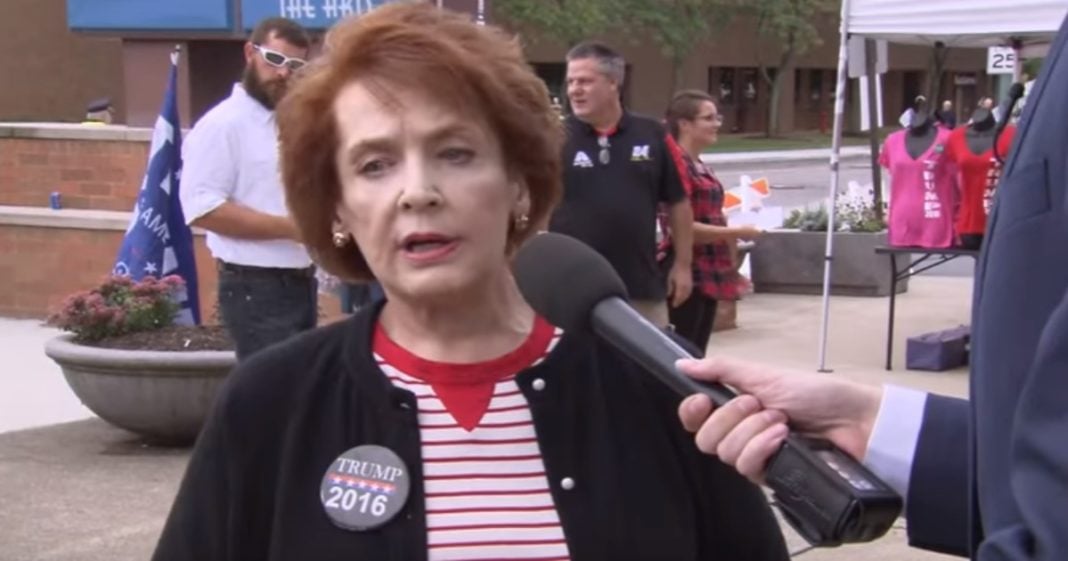 Taking to the streets in Ohio and Wisconsin to talk to Trump supporters about the latest conspiracy theories concerning Hillary Clinton’s health, “Daily Show” correspondent Jordan Klepper got the inside scoop from the craziest Trump-lovers in town.

Among the insanity, one hick declared that instead of having pneumonia, Clinton likely had AIDS. How? Well she got it from her cheating hubby Bill, of course! And how did he get it?

“Probably messing around with Magic Johnson.”

But it didn’t stop there!

Klepper moved onto another Clinton conspiracy – that she uses a body double. To test out this theory, Klepper printed out two identical photos of Clinton and asked one crazed man “what’s different?” Astonishingly, the man was able to point out several differences between the identical photos before agreeing that he was more attracted to one photo than the other.

You just can’t make this sh*t up.