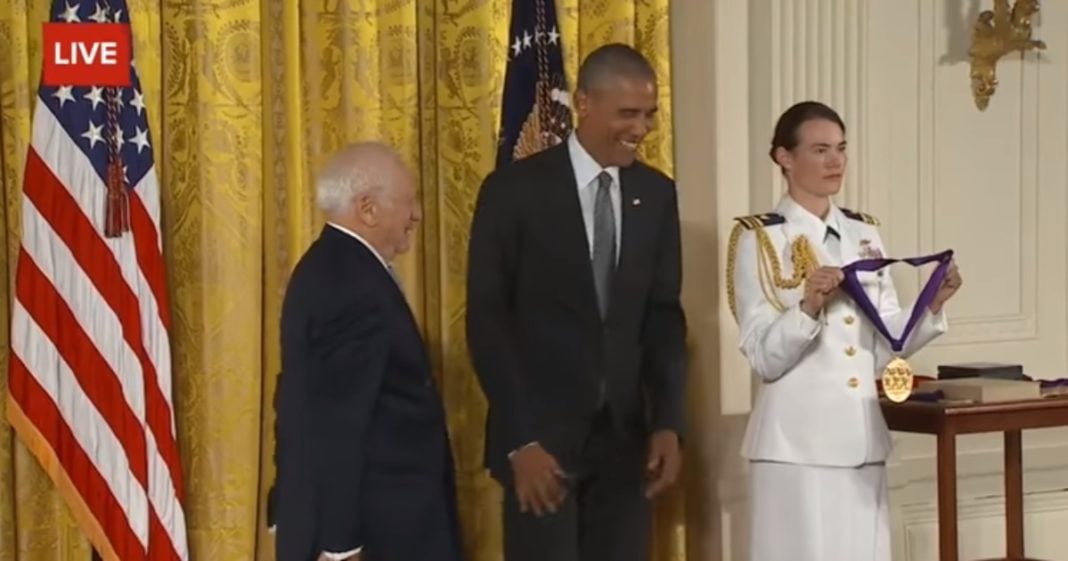 During a White House ceremony held on Thursday to honor noted artists and humanitarians, one of those honored guests, Mel Brooks, tried a pretty funny trick on President Obama.

Brooks, a comic legend most known for his films “Blazing Saddles,” “Young Frankenstein,” “The Producers,” “Spaceballs,” and many others, was receiving his National Medal of Arts and clearly didn’t mind violating the ceremonial mood of the event just a tad.

Shortly after the POTUS placed the medal around the 90-year-old man’s neck, Brooks reached down and grabbed the president’s pants, giving them a quick yank.

Who else but Mel Brooks would have the gall to try and pants the most powerful man in the nation? Hilarious!