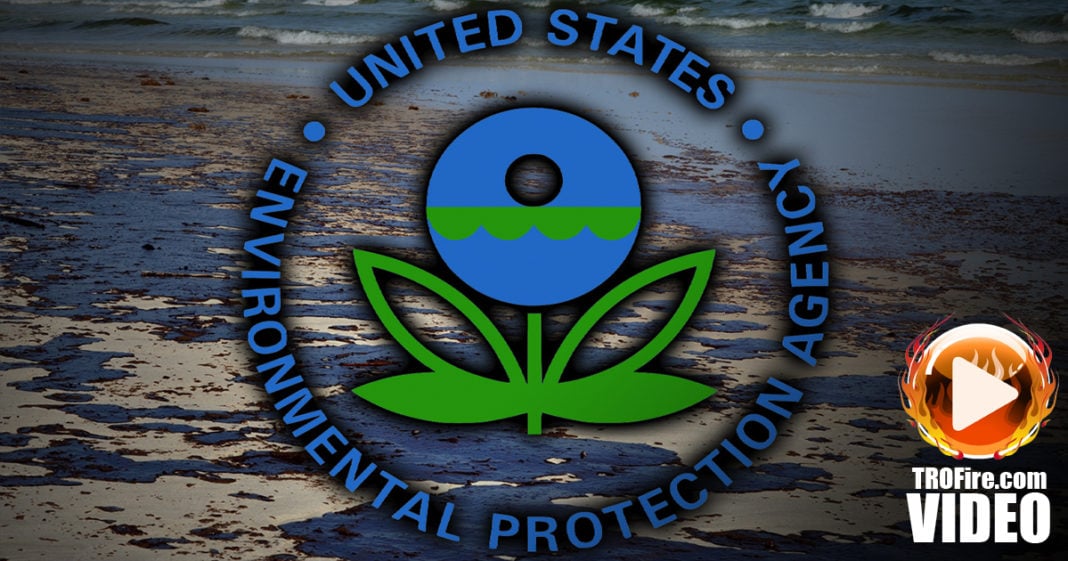 A draft plan of the EPA’s offshore fracking regulations shows that the agency is prepared to allow the fracking industry to dump unlimited quantities of their wastewater into the Gulf of Mexico, an ecosystem that has not yet recovered from the BP oil spill of 2010. The Ring of Fire’s Farron Cousins discusses this.

A piece of Obama’s legacy that I’m sure he is not going to be proud of when he looks back at his presidency, is going to be the expansion of hydraulic fracturing across the United States that took place mostly under his watch. Recently, with the expansion of offshore fracking, we’ve seen the EPA struggle greatly with how in the hell they’re going to regulate this crazy thing. Well, it turns out they’re really not going to regulate offshore fracking. A draft set of rules has come out from the EPA that shows, “Yeah, we are going to let frackers go frack the Gulf of Mexico. Then, all that waste water that’s created that has that 600 different chemical mix inside of it, including Diesel fuel and many other known carcinogens, we are going to let them dump that in unlimited quantities into the Gulf of Mexico.”

That is what this draft of rules from the Environmental Protection Agency says for the fracking industry. What does this mean? It means that an ecosystem that was ravaged by the 2010 BP oil spill, and has not yet recovered, is about to take another massive hit when fracking companies are allowed to pour their poison mixtures into this water, killing countless different species along the way, until it finally makes it’s way back up to the Coast, where it’s going to soak into the beaches where people lay, and play, and have their kids. They are going to be playing in the fracking industry’s poison.

If you don’t believe that’s how it works, just look at what happened with the BP oil spill. Miles, miles, and miles, and miles offshore, and all that oil, all that sludge, all those tarballs and tar-mats still made their way to the Coast. That’s exactly what’s going to happen with these fracking chemicals. The administration, the Obama administration, the EPA, they do not understand the gravity of the decisions that they are making. They’re up there in Washington. I hate to sound like that, but you know what, you’re a little too far removed from the problem areas to fully understand the impacts that your decisions have.

The BP oil spill, not only decimated the environment, it destroyed the economy along the Gulf Coast for a year or more. Tourism has finally, 6 years later caught up to pre-spill levels. It took 6 years for an area who’s 2 main industries are tourism and sea food. Sea food industry has not yet made that full recovery, and now you’re threatening this economy even further, by letting fracking companies pour these deadly toxic chemicals into our environment without any limits. It’s not even like you’re saying, “Look, you can dump 2 barrels a day,” you’re saying, “Have had it, the Gulf of Mexico is your toilet, do with it as you please.”

The Obama administration has been absolutely horrible for the environment, and I will challenge anyone who says otherwise to a debate, because I’ve been covering environmental issues here at Ring of Fire, here at The Smog Blog for years and years, and years. I’ve chronicled every single decision this administration has made. For every positive step forward, they’ve taken 2 steps backwards, but this, treating the Gulf of Mexico like some kind of hazardous waste disposal pool, is one of the most disgusting decisions I’ve ever seen come from the Obama administration.