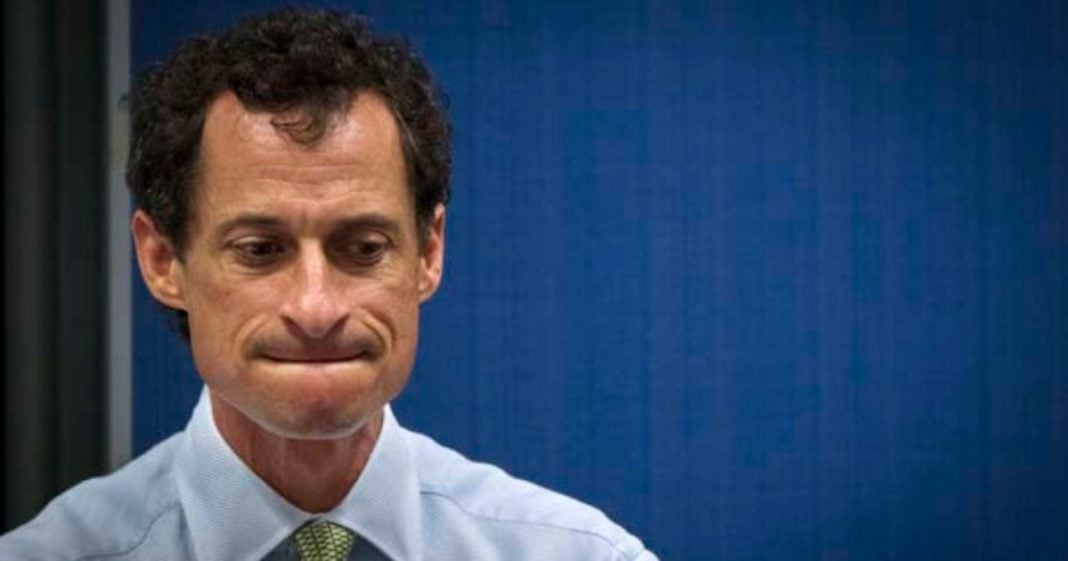 In yet another blow to the man’s dying reputation, former New York Congressman Anthony Weiner has been allegedly caught once again engaging in inappropriate sexual behavior, this time with a 15-year-old girl.

The report came from the Daily Mail and appears to be based solely on the retelling of the 15-year-old who says the two used a messaging app which deletes all record of the conversation shortly afterward.

Weiner allegedly engaged the young girl in his sexual fantasies, urging her to send him risque photos and making overt comments to her.

When asked for comment, Governor Cuomo responded to the allegations against Weiner:

“If the reports are true, it’s possibly criminal and it is sick. And frankly, I’ve heard enough about Anthony Weiner — and I think that goes for all New Yorkers.”

Though New Yorkers may have had enough, if these allegations prove to be true, Weiner may find himself locked in a cell awaiting trial. If so, it means a long and drawn out account of the man’s sexual obsessions that neither New Yorkers, or the nation at-large, will hear the end of for quite a while.

The teen girl who alleged engaged with Weiner sat for an interview with The Daily Mail. Her identity is hidden due to her age.