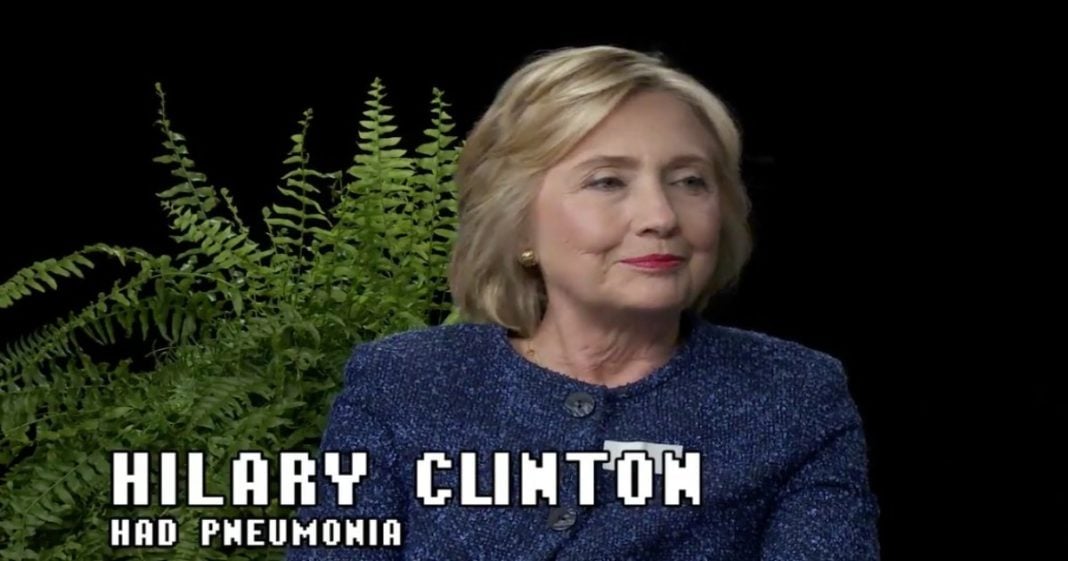 Giving us the awkward and bizarre interview only Zach Galifianakis could, the comedian and actor reprised his role in his interview show “Between Two Ferns,” to welcome a VIP guest – Hillary Clinton.

Clinton is not quite the biggest celebrity Galifianakis has hosted as President Barack Obama made his appearance on the show back in March of 2014. Still, for the usually stiff and formal Clinton to go on such a zany and often inappropriate show was quite a leap.

It’s no secret that Clinton has had a hard time reaching out to youth voters, and many may consider this appearance little more than base pandering, but “Between Two Ferns” is not the kind of media appearance one should take lightly.

While Galifianakis did appear to be taking it a little easy on Clinton, allowing her to be in on the joke more than he would usually, he didn’t shy away from bringing in Clinton’s past relationship with the Trump family and even made a Trump incest joke.

The most hilarious moment had to be when Galifianakis asked Clinton what might happen if she were to become pregnant while serving as president.

“What happens if you become pregnant? Are we gonna be stuck with Tim Kaine for nine months? How does this work?”

Clinton responded by offering to send the host some pamphlets to help him understand – the joke being that Clinton is well past her child-bearing years.

Between Two Ferns With Zach Galifianakis: Hillary Clinton from Funny Or Die