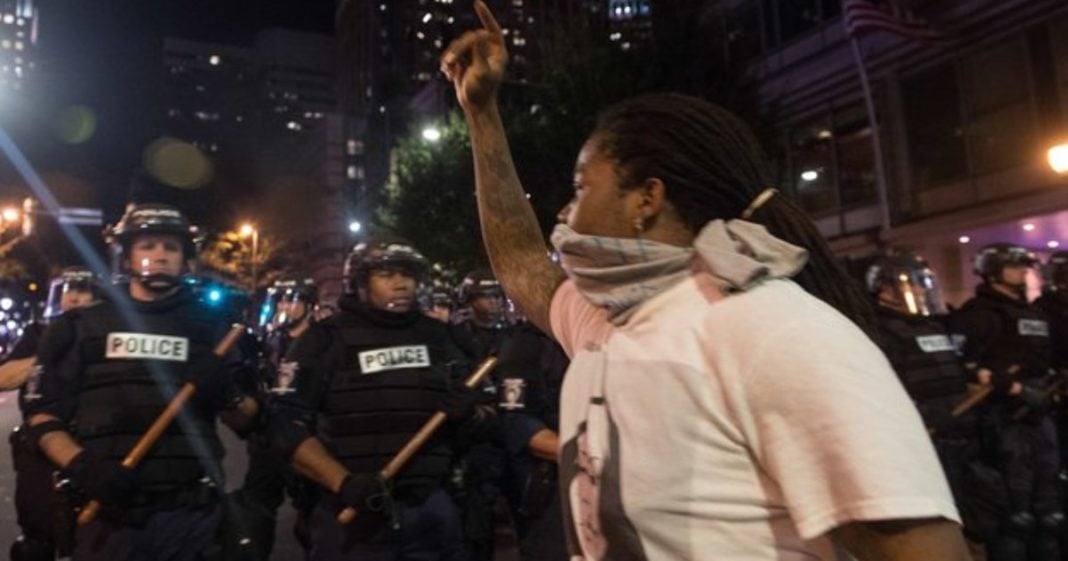 A great deal of attention is being paid to North Carolina as protests over the unjustified killing of yet another black man by police has spurred a massive demand for justice. The protests have grown to such impressive proportions that N.C. governor Pat McCrory declared a state of emergency, calling in the national guard to try and curb the protests.

Though several unjustified killings of black men all over the nation have caused grief and anger, the residents of North Carolina are particularly responding to the killing of black man Keith Scott, 43.

Police claim that they were searching for a suspect and profiled Scott as the possible criminal because they saw him with a gun. It’s worth nothing that North Carolina is an open carry state. Police say they recovered a gun from the scene of the crime, close to Scott’s body.

Widespread protest over Scott’s death spilled onto the streets mid-week, resulting in outright riots as police clashed with the protesting groups. Looters invaded stores in downtown Charlotte and some protesters threw rocks and bottles at police in riot gear.

According to city officials, one protester was shot by a civilian while four police officers were injured.

Charlotte officials are considering instituting a curfew which would make and demonstration illegal and deserving of arrest – an extreme action to take against a demonstration.