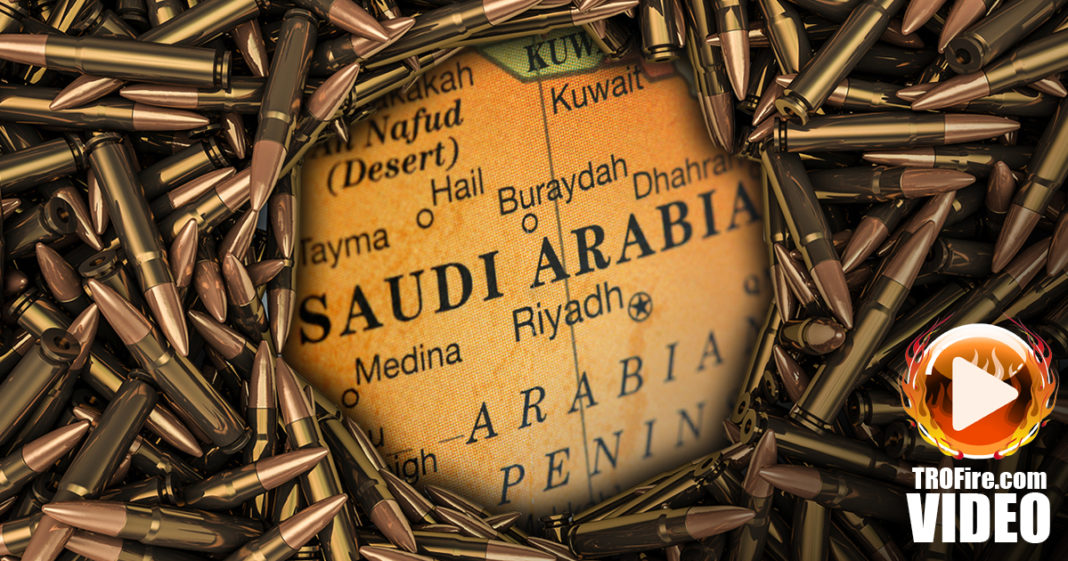 The Senate voted yesterday against blocking a billion dollar arms sale to Saudi Arabia, even though evidence suggests that the country is committing serious war crimes in Yemen. The Ring of Fire’s Farron Cousins discusses this.

Saudi Arabia has been involved in a war in Yemen for quite some time now. By all accounts, every human rights organization and the United Nations, everyone that has looked into the actions that Saudi Arabia has taken has said conclusively, “You are committing war crimes. You are killing innocent civilians. You are killing children. You are targeting hospitals and schools killing these people. You are committing war crimes.”

It would make sense for the United States to not sell weapons right now to Saudi Arabia who is, by recognition of the United Nations, committing war crimes, but no. The Senate voted yesterday to not block a multi-billion dollar arms sale to Saudi Arabia. The effort to stop this arm sale was led by Rand Paul, Mike Lee, Republicans. Chris Murphy and Al Franken, Democrats, along with a couple others.

Kudos to all of those people for standing up and trying to stop this atrocity of selling weapons, tanks, ammunitions, guns to Saudi Arabia so that they can go commit war crimes. The way that the United States protects and cuddles Saudi Arabia is disgusting. They’re killing children in Yemen. Almost half of their intended targets with the missiles that they’re sending over to Yemen have missed and ended up hitting those schools and hospitals and places where civilians gather.

Not hostile areas, because Saudi Arabia doesn’t know what the hell they’re doing with these weapons. They just want to kill people and there’s no other way to put it when you consider the fact that of the 8000 strikes they’ve had on that country, almost half of them have hit the wrong target. They’re just looking to kill people and United States is letting them. We’re selling them the weapons that they’re using to kill children. Children who’ve done nothing. Children that were sitting in a classroom learning.

Sick people in a hospital getting medical care dead because of Saudi Arabia’s negligence and just lack of concern for human life. A handful 27 total US senators said, “We shouldn’t send them weapons.” 71 United States senators said, “Yeah, go ahead and send weapons to this place that’s committing war crimes and killing children. It’s not my children. It’s not my grandchildren that are in danger over there in Yemen, so fuck them.” That’s what they said with that vote. That is what’s happening in the United States right now and that is what is at stake in this election.

I’m not talking about for the presidency. I’m talking about for the Senate. We can get rid of a lot of these jackasses that are sitting in the Senate right now if we get out and vote. Everybody needs to look at what their senator voted on this particular bill if they think that Saudi Arabia should have these weapons to go kill children, mothers, fathers, people just going to work every day. Not involved in any kind of conflict dead.

Also, the International Business Times likes to point out here. The people who voted against blocking the arms sale, obviously, predictably the same people receiving money from the arms industry that are going to make a killing figuratively and literally on these arm sales. This has got to end. This is sickening. This is disgusting. I am so tired of having to sit here and talk about the death and destruction being caused because United States politicians put money over human life and they do it every single time.