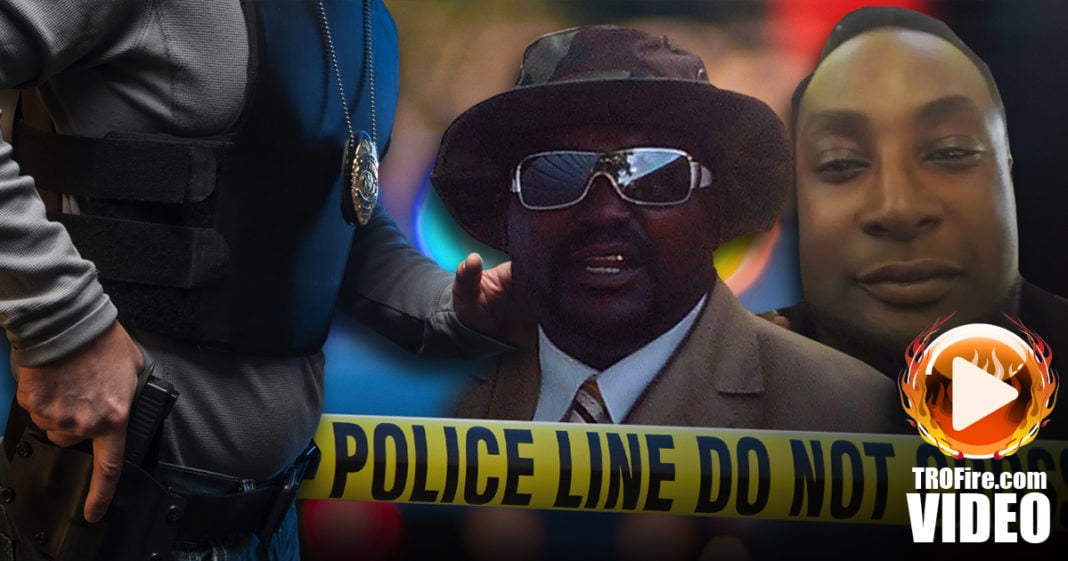 Why does Wall Street keep committing crimes? Because nobody goes to jail. And that’s the same reason that we continue to see police officers gun down unarmed black people in America – nobody is held accountable. The Ring of Fire’s Farron Cousins discusses this.

The news this past week has been filled with police officers killing unarmed black men. There is no other way to say that. Black men across this country are being murdered by police officers. We’re being told, “Don’t worry about it. The Department of Justice is going to look into this, and they’re going to find out what happened, and if they need to bring any charges or bring a Grand Jury, they’re damned sure going to do it.” You know, just like they were so successful with looking into Trayvon Martin, not killed by a police officer but killed by a little vigilante down in south Florida, Tamir Rice, Michael Brown, Eric Garner, Sandra Bland. Does the list really need to go on? It could.

That’s the problem. The Department of Justice is completely dysfunctional. They have done absolutely nothing about the problem of police officers killing unarmed black people in this country. That’s the reason it still happens. The reason we’re still seeing this happen is because no one is being held accountable. It’s the same thing that happened with Wall Street. When the Department of Justice failed to go after these people and put one person behind bars for these crimes, the banks decided, “You know what, we can continue to get away with this, so we’re going to.” That’s what’s happening in police departments with these racist police officers all over the country. Make no mistake, no every police officer in this country is racist. They are not all a part of the problem.

There are enough of them out there that this problem is systemic. It is ingrained in that profession, and it has to be addressed. If it’s not, then every time we turn on the news, we’re going to see another one of these stories. A black person in the United States is killed by a police officer every 28 hours in this country. Every 28 hours. What we know so far from what’s happened this week is not a single person that was killed by police officers that’s made the news, none of them had weapons, none of them were posing a threat, none of them were doing anything to antagonize the officers. They were just living their lives. Maybe that one guy, Crutcher, I believe, maybe he was on drugs. So? He was complying. Whatever was in his system, if anything, does not matter. If he was complying, there was no reason to shoot him dead.

Part of this has to do with the racism. Part of it has to do with the Department of Justice being so dysfunctional. Another part is the gun culture in the United States. “I’m a badass because I’ve got a gun, and I’m going to use it.” That’s what we’re seeing in police forces, and that is because, and this it big point that the mainstream media’s not talking about, we have painfully, dangerously unqualified people on our police forces all throughout this country.

In Germany, it’s the same. In Asia, it’s the same. They require more stringent training. You don’t graduate from the academy and get handed a badge and a gun in those countries. In the United Kingdom, you have to wait a couple years and go through even more training beyond the 140 weeks before you can even drive the police car, let alone get a gun. In the United States, oh, it’s a privilege, it’s part of your uniform to have that gun, and you always use that as the first resort, no matter what the situation is. “Oh, a guy’s complying hands above his head, hands on top of his car? Shoot him. Don’t worry, the Department of Justice isn’t going to do anything. We’ll handle the civil suits. We get money for that anyway from the government.” What’s the point? What does it matter if you take another black man’s life? Just add his name to the list. That’s what’s happening. That’s why we’re going to continue to see this happening.

Until the Department of Justice steps in and says, “Look, you’re not going to be put on paid leave,” basically given a free paid vacation from the tax-payers, “while we investigate this. You know what? You’re going to sit in a jail cell until we get this sorted out. You’re not going to get paid. Once we get it sorted out, you’re not going back to the force ever.” Until there are real punishments, this will not stop. 100% of that rests on the Department of Justice and Loretta Lynch who has done absolutely nothing to fix this problem in this country.