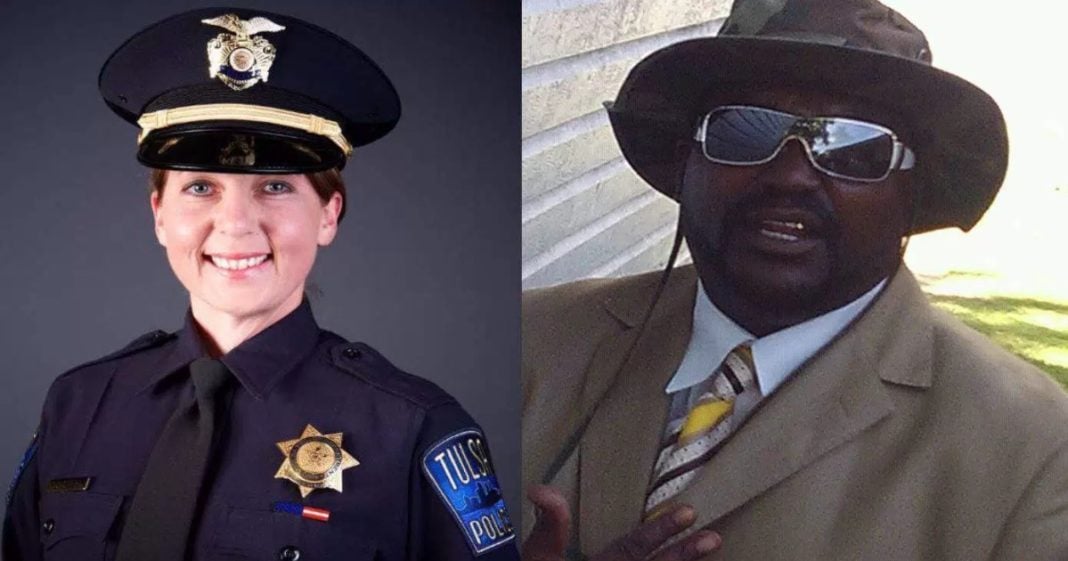 It’s hard to believe that we may finally see a bit of justice served in a case of racially-motivated police violence, but breaking news confirms that Tulsa officer Betty Shelby has been charged with first-degree manslaughter for her role in the death of black man Terence Crutcher.

The cooperation of Tulsa government officials no doubt played a major role as the city consented to releasing police surveillance footage of the incident almost immediately.

Since the release of that video which shows without a doubt that Crutcher was killed for no reason, the Tulsa chief of police has stood strong, calling for an investigation by the Department of Justice into whether or not the use of force was appropriate.

Crutcher was stopped by police after his stalled vehicle was called in on 911. Rather than assisting the man to help get his car off of the road, officers approached Crutcher, discharged a tazer, and then discharged a firearm.

Shelby, the officer who shot Crutcher, has been issued a warrant for her arrest and will face a charge of first-degree manslaughter after it was determined that she used excessive force.

Unlike most cases of police brutality, we may see justice brought for the innocent man and his family from whom he was torn away.