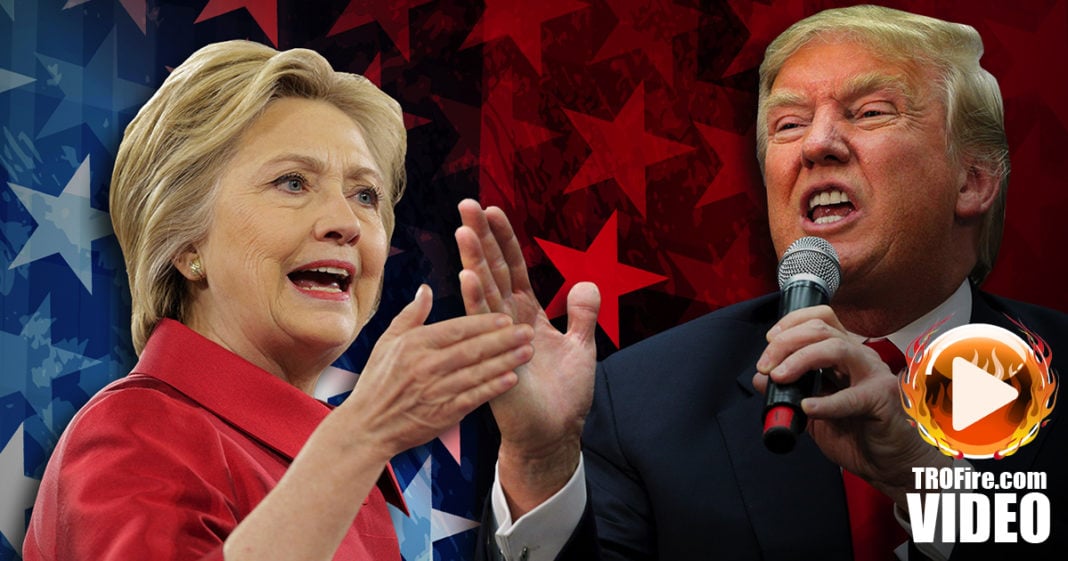 The corporate-controlled media has done a great job of keeping intelligent discussion out of their coverage of the 2016 election, and a new Harvard study shows that discussions about policy issues are almost non-existent. The Ring of Fire’s Farron Cousins discusses this.

During this presidential campaign, at least since we have had the conventions, it’s been pretty obvious that something is just missing from this campaign. It turns out that that something is actual discussion about policy issues. Right now, Hillary Clinton is running ads all over this country attacking Donald Trump for the things that he said. That needs to be done. He has said horrible, racist, disgusting things, but that’s not the only campaign issue out there. In fact, that is a very small one. The people already know that. Why we’re hammering this back into their heads is beyond me, because they understand. They know it. Polls prove that, so it’s a waste of money.

Instead, what Hillary could be doing is discussing her policies, not telling us to go see her website to read about it on your own time. Go do that yourself. She needs to do it. That’s her job as a candidate. It is her responsibility. Donald Trump obviously has no policy experience whatsoever, so he has nothing to say. This is one area where Hillary Clinton could be beating the crap out of Donald Trump, and yet they’re not. According to a new Harvard study, coverage of actual issues, climate change, healthcare, real foreign policy as far as plans on what you’re going to do, the economy, Wall Street regulation, those items are now missing from campaign coverage. Instead, the major media outlets are talking about Hillary Clinton’s emails. They’re talking about bowls of Skittles. They’re talking about Hillary Clinton’s illnesses and baskets of deplorables. They’re not discussing things that actually matter to voters. All the media’s doing is trying to get ratings right now, and they’re getting them, but it’s killing the public discourse at this point.

Honestly ask yourself, “What does Hillary Clinton stand for? What does Donald Trump stand for? What is their plan for the economy?” Can you answer that? Can you answer what their plan is for tackling climate change? We know Donald Trump doesn’t have one, because he doesn’t believe in it, but what’s Hillary’s plan? Oh, we’re going to phase out fossil fuels? How? By when? How are you going to put those displaced workers back to work? She had a plan for it once, but she’s already backed off and hasn’t replaced it with anything. That’s the problem with this campaign. We do not have an accountable, reliable, media out there asking candidates these questions. They’re not writing these stories saying, “Where is the discussion of inequality?” That’s something that has to be addressed. Racial inequality. Where’s that discussion?

This presidential campaign is an absolute joke from both sides, the Democrats and Republicans. There is no intelligent conversation taking place. There is no discussion of policy proposals, or economic plans, or national security plans, or foreign policy plans. There is nothing. This is a campaign about personalities, a failed reality TV star and a former Secretary of State, who became a celebrity after she left office. That’s what this is. It’s a popularity contest. Neither of these people have any real plans for this country, otherwise I’m sure we would’ve heard about them by now.