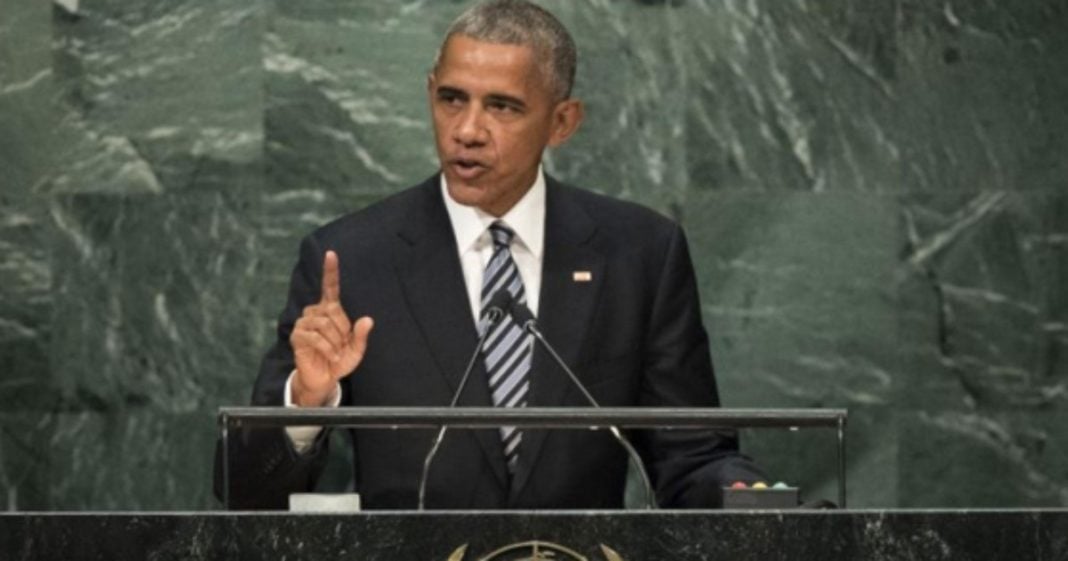 Addressing the United Nations on Tuesday, President Barack Obama told the assembled representatives that a solution to the Israeli-Palestinian conflict would mean that Israel would no longer occupy Palestinian territory while Palestine respect the legitimacy of Israel.

During his eight years in office, the President has failed to secure a peace agreement between the two nations, but there is speculation that he might achieve that goal after the November election and before he leaves the White House in January – a long-shot.

“Surely Israelis and Palestinians will be better off if Palestinians reject incitement and recognize the legitimacy of Israel …(and if) Israel recognizes that it cannot permanently occupy and settle Palestinian land.”

Making references not only to this conflict, but to increased saber-rattling from Russia, the president urged the assembled members to focus on unity, rather than identity politics.

“We all have to do better as leaders in tamping down, rather than encouraging, a notion of identity that leads us to diminish others.”