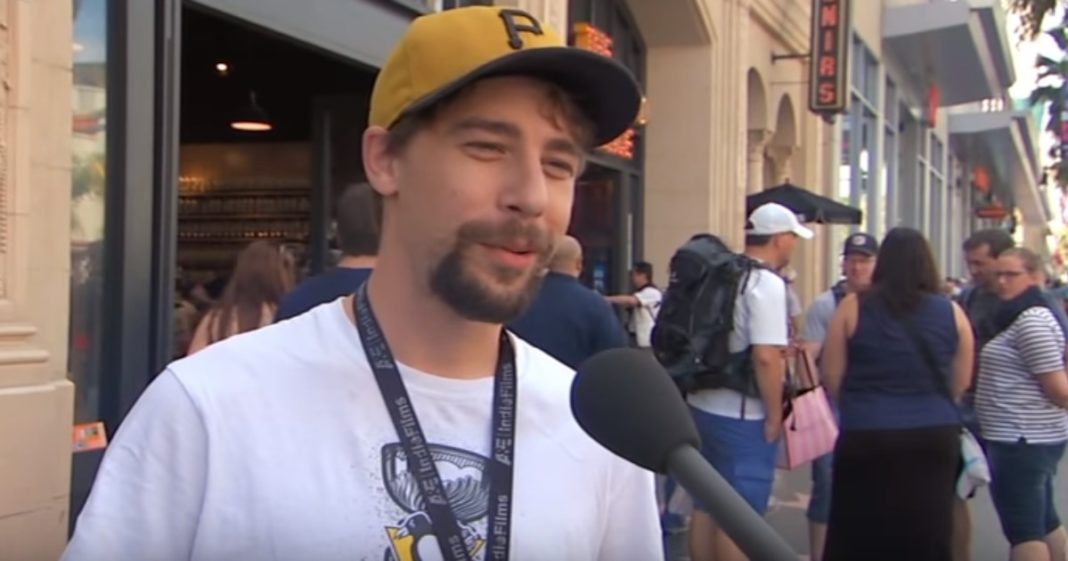 On a recent episode of “Jimmy Kimmel Live,” a correspondent took to the streets to ask self-proclaimed Donald Trump supporters to weigh in on breaking news revalations concerning the release of Trump’s tax returns.

Considering that Trump hasn’t released his tax returns, you could probably guess that each item the fans were asked about was complete fiction and not a single one knew the difference.

But it didn’t matter if the question they asked was based on a truth or a lie because each of the Trump supporters bent over backwards to explain away or praise the horrific false scenarios.

A fan on the street was asked if she thought it was dishonest for Trump to say he had 10 billion dollars while his tax returns said he only had around 40 thousand. The young woman shook her head and explained,

“Y’know, we all kinda fib a little bit.”

When asked about what they thought of Trump supporting disgraced former Subway spokesman Jared Fogle financially, a woman explained that defense funds are given sums of money every day, clearly making no distinction between a defense fund for a run-of-the-mill criminal and a child rapist.

The takeaway of this clip, despite the “tee-hee” quality of the scenarios proposed, is that Trump supporters have no limit to the amount of idiocy they will accept from their chosen candidate.