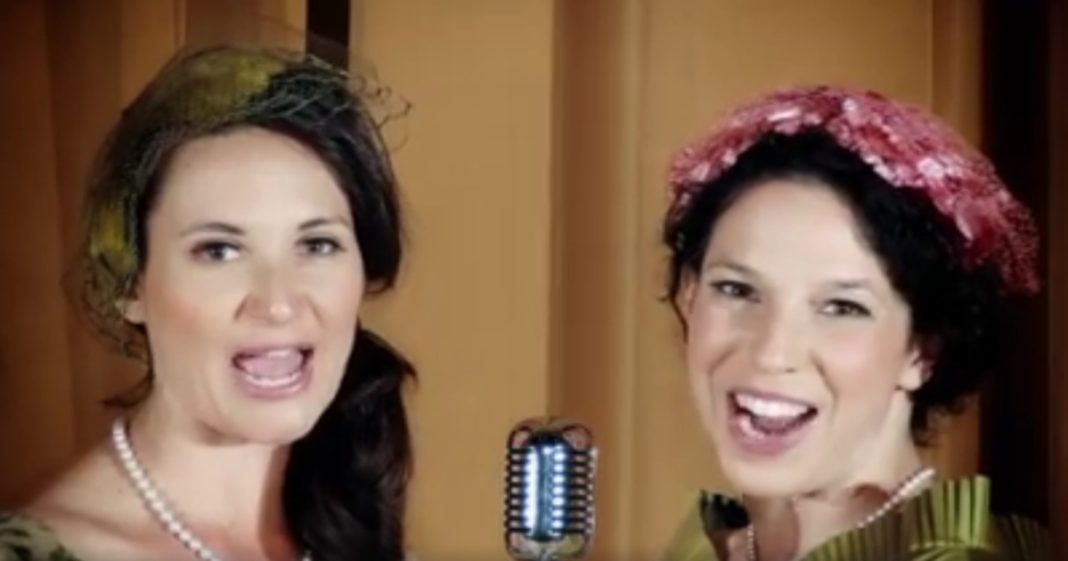 In a video released by Up & Down Theatre Co. on June 28, a well-tuned duo sings about the good old days when “men were men, and girls were girls,” and all sorts of racism and sexism ran rampant.

Actor and writers Lindsey Hope Pearlman and Kate Chavez star in this video which features the Trump catch-phrase “Make America Great Again” brought to life, and the hilarious parody features the two girls crooning about the good old days.

“Your boss’s friends were always happy to greet ya, they’d slap your ass and say ‘nice to meet ya.’ You’d take it with a smile without any bitchin’ and then you’d head on home to your place in the kitchen.”

Things took an especially dark turn in the last quarter of the song when the two girls stared at the camera, dead-eyed, as they pined for the days they could,

“Hang your slave from a cottonwood tree in the good old days when we all were free.”

This comment cuts to the heart of the true debate with Trump’s catch-phrase, but the entire song works to highlight the simple fact: the “great” America Trump supporters pine for was one that was only truly great for rich, white males. For women and minorities, things have never been better than they are right now.