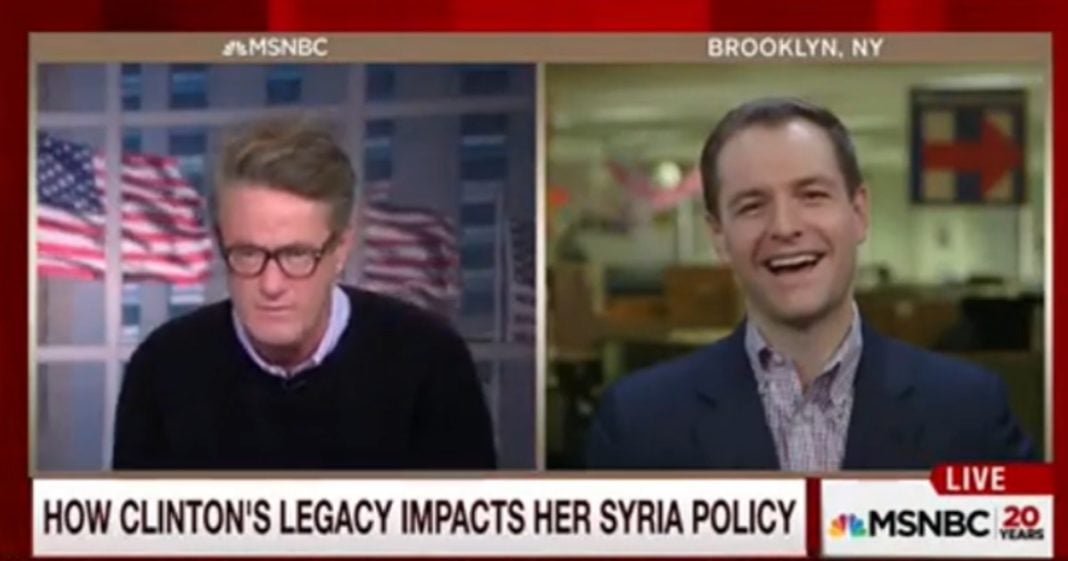 Though we have seen most political campaign shakeups on the Republican side in this election season, the Clinton camp may be considering their own change of staff after Campaign Manager Robby Mook gave a dismal performance on MSNBC.

Mook repeatedly dodged legitimate policy questions about Clinton’s opinion concerning Aleppo and Syria-at-large. Again and again when asked important questions, Mook demurred, saying that he couldn’t speak for the candidate. The problem with that answer is that it is literally his job to speak for the candidate in instances like this.

During the “Morning Joe” segment, Mook grinned and chuckled his way through the awkward interview as MSNBC correspondents continued to pepper the spokesman with questions. As he continued to dodge the pointed questions, they became visibly frustrated.

“We love you, buddy, but what are you here for if you can’t answer basic questions? I mean, I don’t know if there’s a — I mean, we may be tiptoeing into Gary Johnson territory here if you don’t know the answer to that basic of a question. ‘What is the response to Aleppo?’ Then why do we have you here?”

The bewildering display made Trump’s avoidance of policy seem like child’s play. Clinton had better find a better spokesperson and fast.