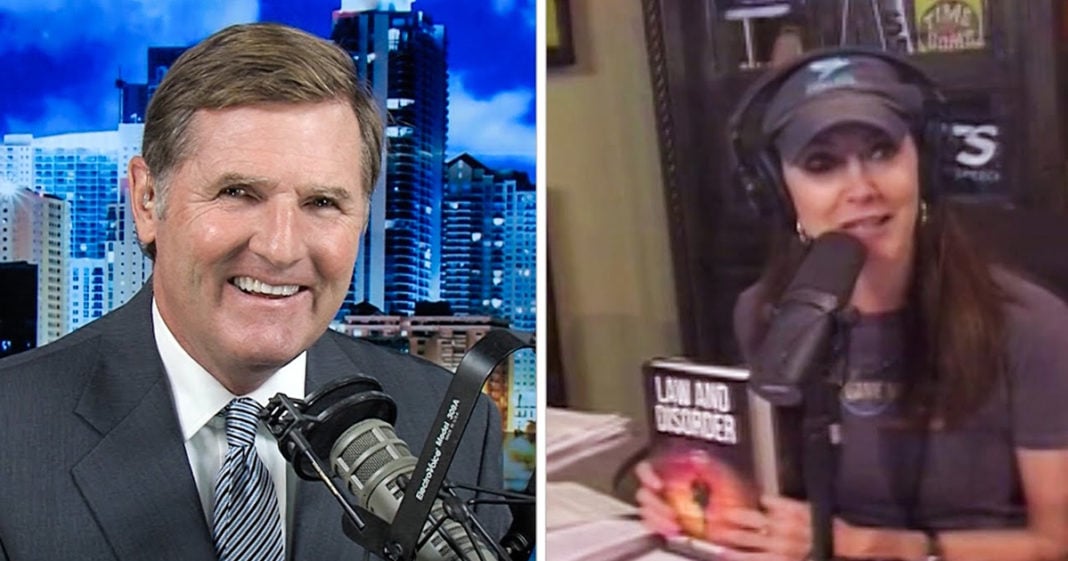 Every single day major corporations and Big Pharma continue to harm American consumers, all while the corporate media turns a blind eye. Attorney and author Mike Papantonio discusses this, and how it ties into his new legal thriller Law and Disorder, with progressive radio host Stephanie Miller.

Papantonio: Hey Stephanie, how are you doing?

Miller: You must be very busy. There must be a very long waiting line.

Papantonio: Well, this book has done very well to tell you the truth. It is just a new formula for a thriller there’s no question about it. The new formula is that there’s a lot of stories out there that people just don’t know. They don’t know the back story of the pharmaceutical industry or what happens with a big environmental case. I think that’s the interest in the case.

Miller: I have heard it is fantastic. I am going to read it on the plane when I fly next week. Listen to this, everybody. In his new fast-paced legal thriller Law and Disorder, best selling author Mike Papantonio skillfully examines issues that could be pulled from today’s news feed. Billionaires funding litigation, partisan judges ruling personal politics instead of law, super PACs push legislation, a reckless media seeking innuendo filled stories in a suspenseful highly entertaining read.

It sounds terrifying and ripped from the headlines, Mike.

Papantonio: It is ripped from the headlines. That’s what’s so incredible about it. Truthfully, Stephanie, you and I, what we do for a living, we know the back stories, we follow them every day, we know the intrigue. We know all those parts.

The average American, if they can even read the headlines and get what the real meaning of the story is, it’s remarkable. Corporate media doesn’t tell these stories, corporate media journalism is dead and so my thought was, why not put it into fiction where you can entertain them and at the same time they walk away and they say, “Gee, I didn’t know this about the FD. I had heard about the Koch brothers but I didn’t know, really, how creep they were.”

Miller: Well you’ve done so many of these huge cases. I just went to, you and my good friend and yours, Bobby Kennedy Jr., I just went to the Water Keeper Alliance thing out here in LA a few months ago but you’ve been doing environmental [stop 00:02:13], this is all stuff you know about whether it’s pharmaceutical companies, oil companies, polluters, it is …

I think what’s great is my friend Marsh Clark has writing these books and you’re a great writer of novels because you’ve obviously written other types of books but how did you start to be able to do this form, where you did your first novel.

Papantonio: Well you know I was a journalism major, before I went to law school I intended to be a foreign correspondent, University of Florida. I always wanted to write and I had written 3 non-fictions for lawyers, motivation kind of thing, really a drag writing. I did it because I had to. I though let me do something that’s fun. This is the first in a series of 3 books, Stephanie and they take the characters and the character that is created in the first one, she’s a female trial lawyer, really, really excellent lawyer, just an interesting character, Gina Romano. She’s the lead character in the second novel and it’s just been fun. I think character development is a lot of fun because I’ve worked around so many really bizarre personalities, is the best way I can put it. These lawyers …

Papantonio: I used to work on Fox News. You see these incredible personalities and all of the characters in there, by the way, are composites of people I’ve seen and I’ve worked around. The truth is, here’s the reaction I’m getting from the book. When they read it they say, “Mike, is that really true about the FDA?” I mean I’ve always believed, for example, the FDA tests all these chemicals and tests all these drugs but is it really true that they don’t even have an independent source to do that. They simply have to take the word of the pharmaceutical company.

In the Ranidol case, that’s talked about in that book, actually happened. It’s the [Yaz 00:04:08] case and it killed an crippled a thousand women and the interesting thing is, Stephanie, when we first discovered the case we called all of the major corporate news networks and we said, “You have to know this, this is a product, it’s a birth control, it’s killing women 18 to 35. Basically it’s giving them strokes, DBTs, all types of issues like that.” You know what, they ignored it and the reason they ignored it was because Bayer was such a big advertiser for them. They said, “We can’t do that.” The reporter wanted to do it but the cat on the 50th floor that was working the money, they couldn’t tell the story because that’s true propaganda, you see. That is true propaganda.

I see RT network getting all this heat about propaganda, hell that’s propaganda. I mean when you can’t tell a story.

Miller: Yeah, yeah, yeah Mike this book is fantastic, it is law and disorder by Mike Papantonio, our good friend. Fantastic show, Ring of Fire and it’s just always a thrill to talk to you sir.

Papantonio: Thank you Steph, we follow you all the time. Great material you turn out every day.

Miller: Thank you sweet heart, there he goes, Mike Papantonio.