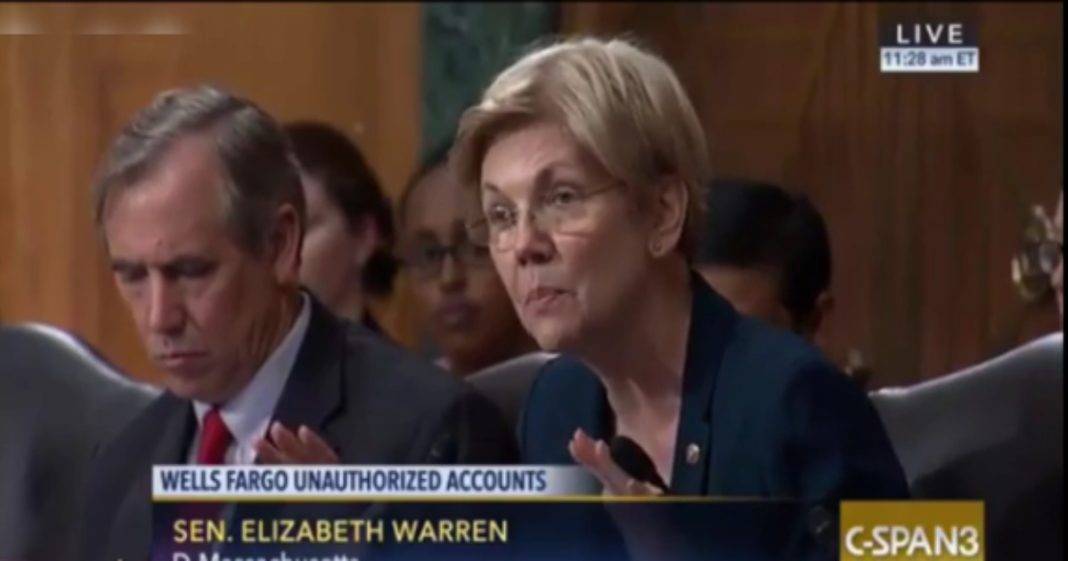 After Wells Fargo CEO John Stumpf accepted full responsibility for the betrayal and fraud performed under his watch, Elizabeth Warren has called on him to resign and return the money he earned off of the backs of defrauded customers.

When the news of the Wells Fargo fraud scandal broke, the Consumer Financial Protection Bureau went after the banking organization with its largest fine yet, charging $100 million as a penalty for over 5,000 employees engaging in fraudulent activities.

Employees, under direct pressure to uphold sales goals, used fake emails and enrolled customers in multiple accounts and credit cards without their knowledge. Wells Fargo fired those employees and agreed to pay the fines, but no executives have been punished for the fraud.

After the CFPB finished with the bank, the Senate and House both requested hearings with the banking company, subpoenaing CEO John Stumpf and requesting pertinent documents be provided.

The Senate hearing was held this week, headed by big bank watchdog Elizabeth Warren. Warren had little sympathy for Stumpf or his bank, calling his role “gutless leadership,” and asking him to do more than just offer a useless apology.

“Since this massive year’s long scam came to light you have said ‘I am accountable’ what have you done to hold yourself accountable? Have you returned one nickel of the money you earned while this scandal was going on?”

“You should resign, you should give back the money you made while this scam was going on, and you should be criminally investigated by the Department of Justice and the Securities and Exchange Commission. The only way Wall Street will change is if executives face jail time after committing fraud.”

This story is still unfolding, and we can only hope that the actions Warren is calling for may finally come to pass. Just once, it would be rewarding to see the blowhards who make millions off of the backs of unsuspecting Americans face up to their crimes and spend even just one day in jail.