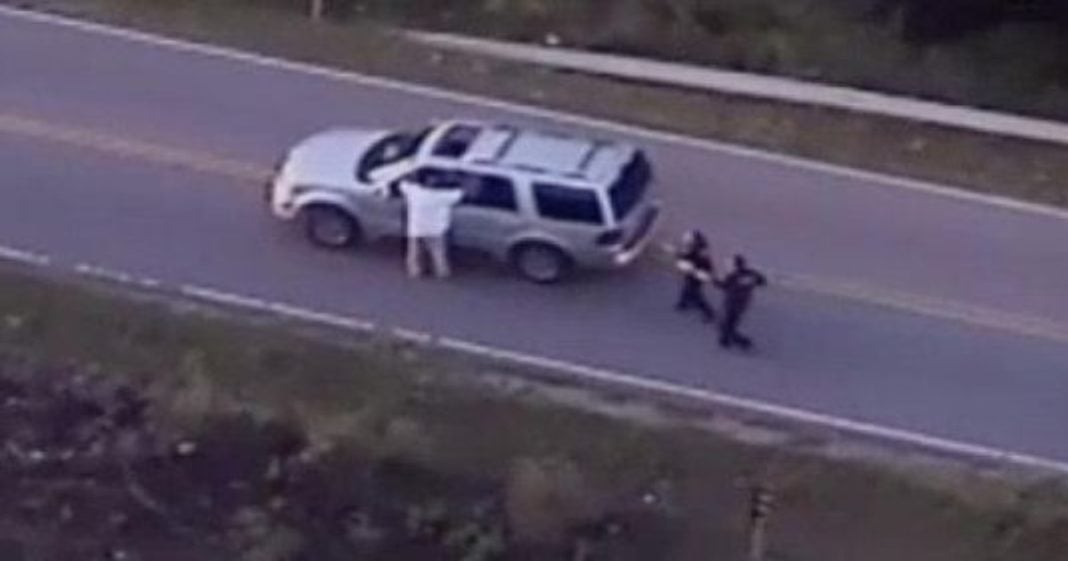 On Friday, police in Tulsa, Oklahoma shot and killed 40-year-old Terence Crutcher in yet another display of excessive police violence. Unlike most similar instances of police brutality, the chief of police has acknowledged the clear excessive use of power and has called on the Department of Justice to investigate Crutcher’s death.

Police were called to the scene after a report of a stalled vehicle on the road was called in.

A video released of the shooting shows Crutcher walking toward his vehicle, arms raised high in the air. Police claim that one officer used a stun gun on Crutcher, who didn’t appear to respond, before another officer shot him.

Video reveals that Crutcher was not reaching for a weapon, nor trying to escape; none of the usual things police defenders like to blame for police brutality.

Police Chief Chuck Jordan, who called for the DOJ to investigate the killing, confirmed that Crutchers did not have a weapon on or near him at the time of his death.

Jordan made reference to many other recent situations nationwide, but said that he and his town planned to handle the murder much more carefully and correctly.

“I would like to see us be a better city than some of the other cities we’ve seen. I hope some of my performance in the past has shown you we will do the right thing.”

The officer who shot and killed Crutchers is white female officer Betty Shelby. There’s been no word about whether she will be suspended, fired, or charged for the crime.

#TerenceCrutcher’s car was stalled. His hands were up. He was unarmed. But police shot and killed him. pic.twitter.com/MGQkqtv4bJ