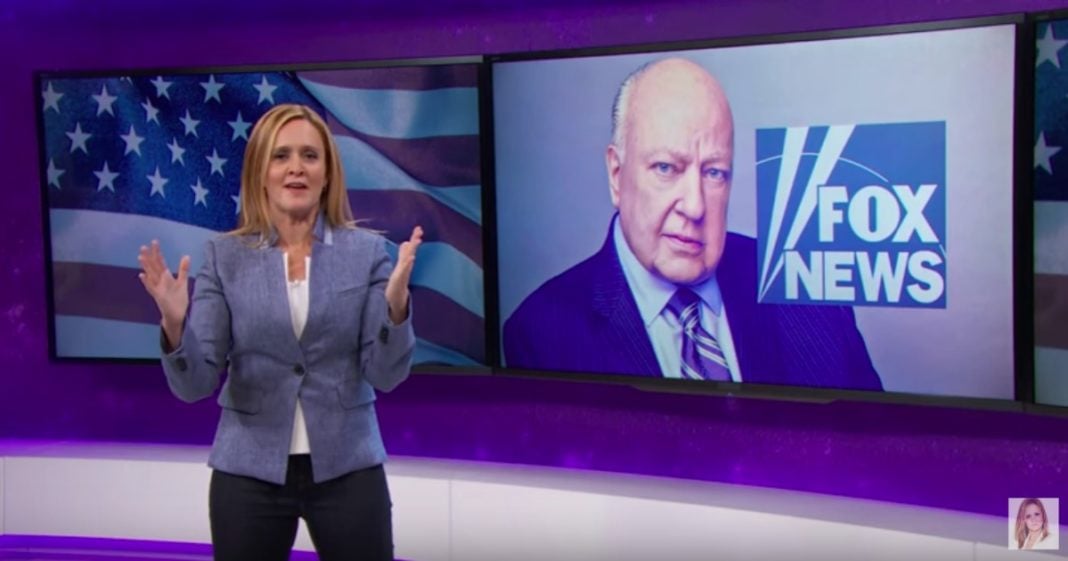 Bee saddled Ailes with some of the blame associated with reporters letting candidates off the hook on important issues among other things.

“Now that Fox News’ chief executive in charge of whippin’ it out is no longer ruining your dad for a living, he can devote all his time to prepping Trump for the debate. And if that doesn’t scare the hell out of you, it should!”

“Full Frontal” refers to Ailes as the “Geppetto to Trump’s Pinocchio,” with the suggestion that he may finally become a real boy “if only he could stop lying.”