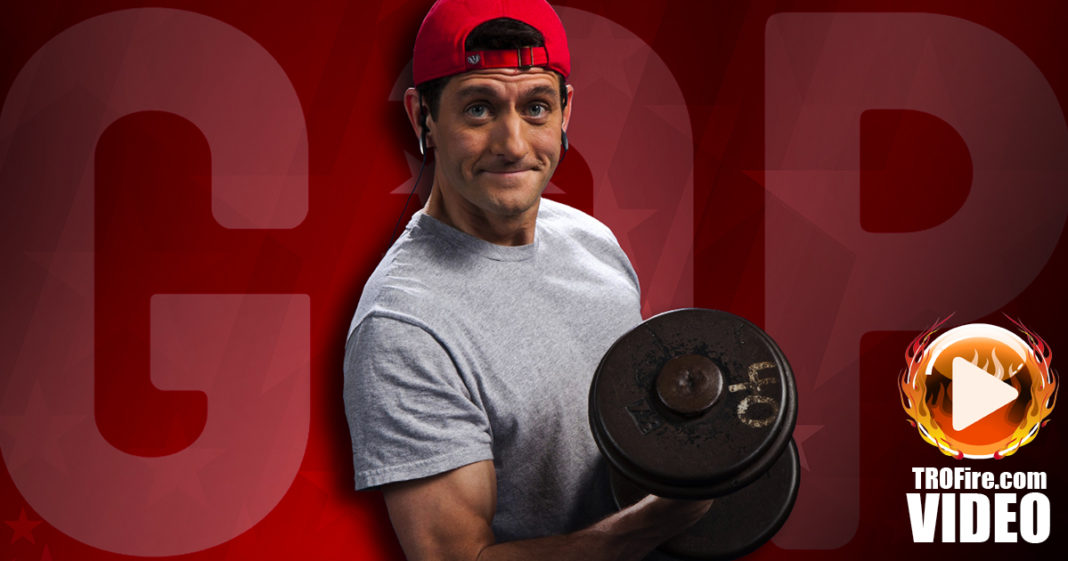 Paul Ryan has a “better way” to run the government, according to the GOP’s newest little slogan. But his “better way” is just the Reagan way, which has been proven to be a complete disaster. They have no ideas, and they haven’t learned a thing in 40 years. The Ring of Fire’s Farron Cousins discusses this.

If you’ve been paying attention to the Republican party that doesn’t revolve around Donald Trump recently, you’ve probably seen Speaker Paul Ryan, talk about this new, little plan called, “Better Way.” He’s tweeting it out constantly. “There is a ‘Better Way’ on such and such issue.” This Better Way of movement, group, whatever you want to call it, finally unveiled some kind of tax plan that the Republicans want to put into place. Here’s the good news … it is very, very beneficial to American citizens. Here’s the bad news … only if you are already in the top one percent. This Better Way plan that the Republicans have come up with is the exact same plan they’ve been trying to put in place since the 1980’s. It’s trickle down economics all over again, with a new wrapper this time, but no different substance.

Republicans are out of ideas. They have nothing left. They have no new ideas on how to do anything in this country. They’re literally pulling out ideas that are forty years old, failed, time and time and time, and time again … but, that’s all they have. They’re not smart. I’m sorry, but when you’re still pulling crap out of the hat that’s 40 years old that you know doesn’t work? That’s not intelligent. That’s idiotic, and that’s all that we can expect from the Republican Party these days. They don’t have any idea what the hell they’re doing.

It’s the story of I guess you would call it, The Post Turtle. Turtle sitting on a fence post. You don’t know how he got there but you know that he had to have help and he has no idea what to do now that he’s up there. That’s what the Republicans in Washington are. They’re post turtles. They don’t know what they’re doing. They had a lot of help form corporations to get there, and they don’t know how to get back down. They’re stuck. They’re stuck with these antiquated ideas that even the people who came up with the ideas have come out in the last few years and said, “Whoa, yeah, I was way off. This thing, can, literally, never work.”

That’s not stopping Paul Ryan from pushing this trickle down better way. He’s also got a better way on healthcare. A better way on taking care of veterans. A better way on helping the middle class. They haven’t actually said what any of those plans are but he sure as hell is tweeting about them a lot. Don’t worry, America. We have hashtag better way. That’s not a plan, idiot. That’s a talking point. That’s a campaign slogan. You want a better way? How about you start listening to the American public? The public that overwhelmingly wants a public option for healthcare. That’s a better way. You want a better way? Pick up a book. Go, actually study economics. Learn something. That’s a better way to be a leader. Instead of dusting off these old, idiotic, Reagan ideas that failed back then. They failed in the early ’90’s, they failed during the George W. Bush Organization, and, Paul Ryan, they’re going to fail under your leadership as well.