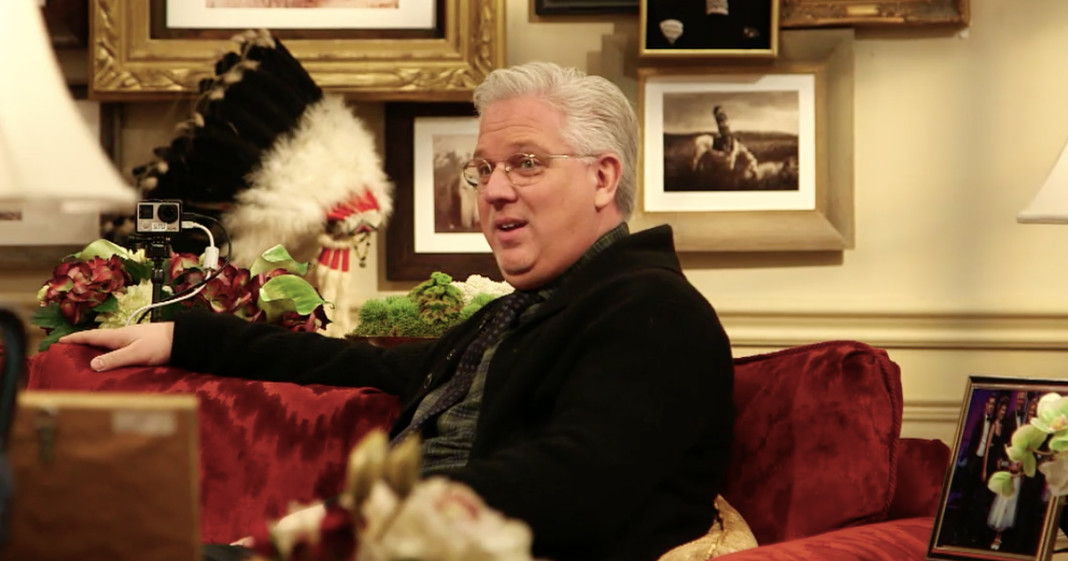 Michael Brooks is filling in for Sam Seder today on the Majority Report. In this clip, Glenn Beck continues to switch up his show format, dipping his toes into TMZ territory, the familiar fake Oval Office territory, and now apparently Sunday school territory. If the rest of his programming did not exist, this wouldn’t be all that notable a segment—he talks about eternal life, the importance of people of faith, and so on. Unfortunately, Glenn Beck is not a preacher. He is a crazy racist shapeshifter, and this only makes things worse. Do not go to the Church of Glenn Beck—anything could happen.