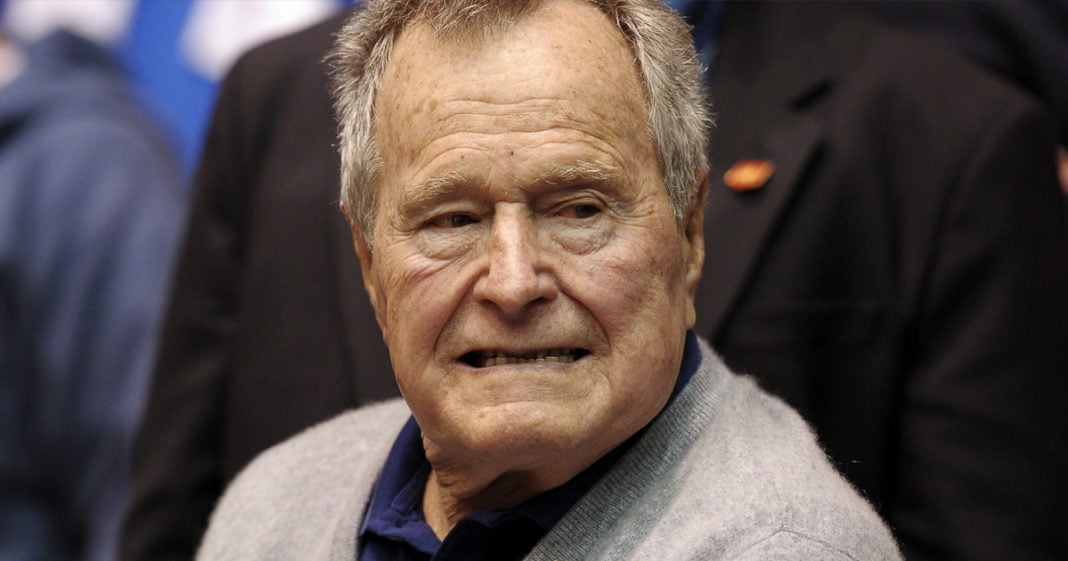 If someone time-traveled from the 1980s to today, the second most shocking piece of political information they would receive (after Trump as nominee), would be that George H.W. Bush plans to vote for Hillary Clinton as president.

Crossing the thickest party line in history, the elder Bush told Kathleen Hartington Kennedy Townsend, the former Maryland lieutenant governor and daughter of the late Robert F. Kennedy, that he would be voting for Clinton.

On Monday, Townsend posted on her personal Facebook page a photo of herself shaking hands with the former president captioned, “The President told me he’s voting for Hillary!!”

In a phone interview with Politico, Townsend confirmed her post, saying “that’s what he said.”

The Bush family at large has made no secret of their disdain for Trump during the election, particularly after Jeb’s loss against the man in the GOP primary.

Matriarch Barbara Bush has called Trump sexist and openly wondered how any woman could bring herself to cast a vote for the nominee. George W. has stayed mostly silent, not campaigning for Trump. Jeb has also stayed out of the spotlight, refusing to endorse the man who bested him in the primary.

George H.W.’s declaration, whether he intended it to be widely circulated or not, is the most major party-flipping in this race so far. Several noted GOP-ers have taken a similar route, agreeing to vote for Democrat Clinton over Trump.