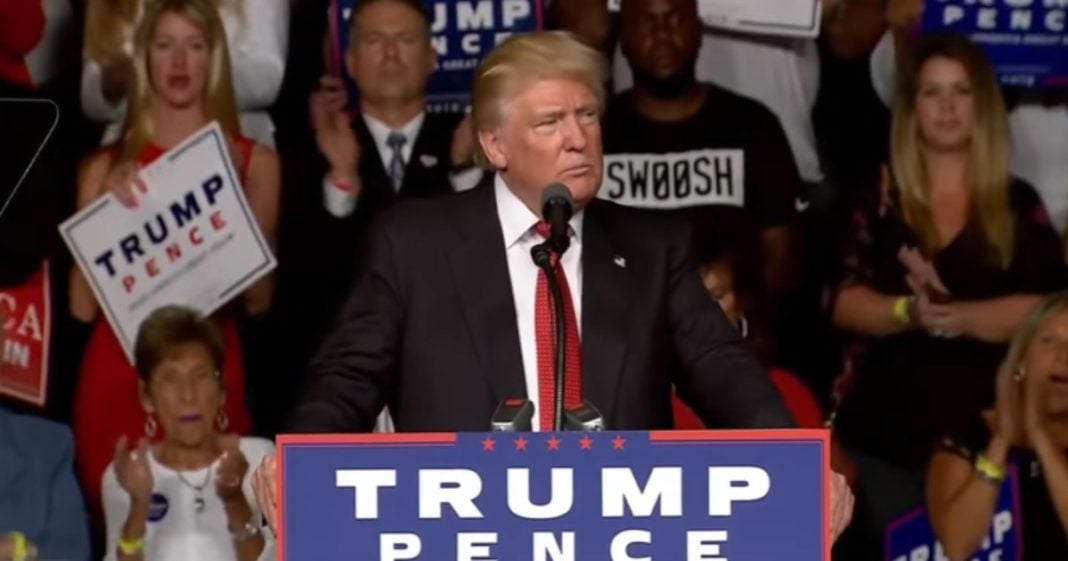 It shouldn’t come as a surprise that extremist Donald Trump sees nothing wrong with suspending a person’s American and human rights if they have committed a crime, but to hear the man say the words is another story entirely.

On Monday afternoon at a rally in Florida, Trump told a rowdy crowd that he believes the man apprehended in connection with the NYC and NJ bombings over the weekend should not be given medical attention, food, or a fair trial simply because he felt he should be punished more than that.

Trump of course didn’t focus on the triumph of a speedy capture of the suspect, but rather spent time explaining the various constitutional rights afforded to him that would be afforded to any American citizen based on the Bill of Rights.

“But the bad part: Now we will give him amazing hospitalization. He will be taken care of by some of the best doctors in the world. He will be given a fully modern and updated hospital room. And he’ll probably even have room service, knowing the way our country is. And on top of all of that, he will be represented by an outstanding lawyer. His case will go through the various court systems for years and in the end, people will forget and his punishment will not be what it once would have been. What a sad situation.”

Considering that Trump is in favor of suspending the freedom of press, freedom of speech, and now the right to representation and a fair trial, every Constitutionalist in the nation should have their backs turned fully against the demagogue.

It’s a dangerous precedent Trump would like to set and we cannot allow him to make it into office to realize it.