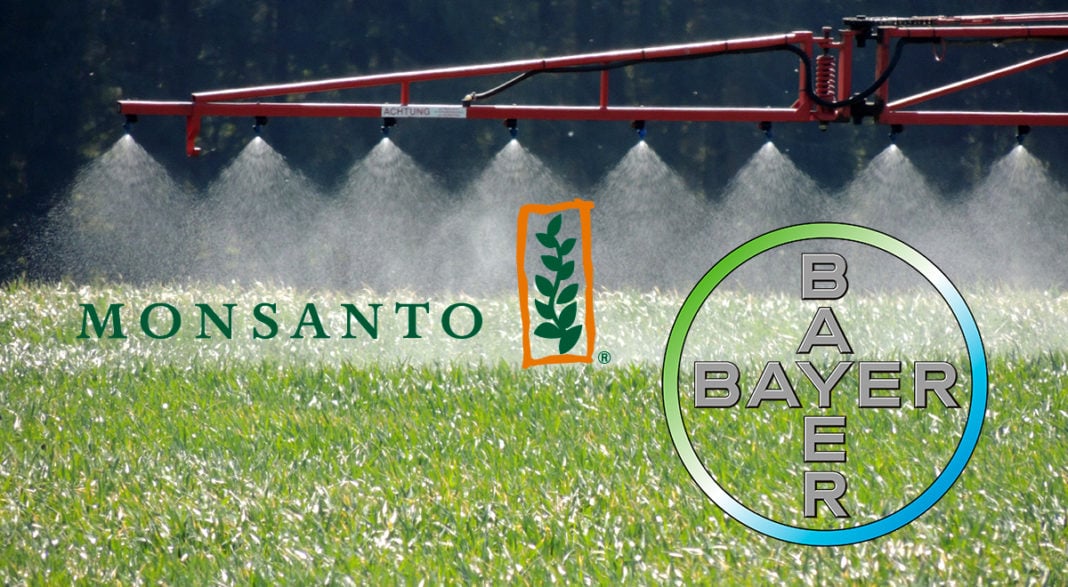 Last week, Ring of Fire’s Farron Cousins announced Bayer’s successful $66 billion bid to take over Monsanto, the fine folks who brought us Agent Orange and Roundup, the carcinogenic weedkiller used across the globe (but banned or restricted in a number of countries).

Considering the checkered histories of these respective corporate criminals, it is a marriage made in hell, and the world will be a poorer, more toxic place because of it. Well, take heart, people – as baseball legend Yogi Berra said, “It ain’t over ’til it’s over.” Turns out there are a few obstacles to the merger – not the least of which is the toxic Monsanto name.

Usually, investors tend to get excited about pending mergers like the Bayer-Monsanto one. Not so, this time. Bayer’s bid of $66 billion seems like a lot – and to most of us, it is. However, that works out to $125 per share, which didn’t sit well with Monsanto investors. The news got such a lukewarm reception that Monsanto shares dropped almost immediately – and are continuing to fall. Currently, Monsanto shares are trading for around $25 each.

Then, there is the matter of anti-trust laws. There is a strong possibility that anti-trust regulators here and abroad will put the kibosh on the whole deal. And well they should; a Bayer-Monsanto merger, along with pending mergers between Dow Chemical and DuPont, as well as ChemChina and Syngenta, would mean that 70 percent of the world’s pesticide market and 80% of the seed corn market would be in the control of only three bloated trans-national corporations.

This is especially worrisome to farmers as well as consumers, and with good reason: such near monopolies would most certainly raise the costs at both the farm and the grocery store while slowing or stifling innovation and research.

There is another sticking point to the whole deal: the very name “Monsanto” is anathema to vast numbers of consumers. So much so that Bayer is considering dropping the name altogether and marketing its flagship product, Roundup, under Bayer’s CropScience division. It is interesting that Corporate People are even more worried about their image than natural humans. Bayer’s worry is that its association with Monsanto and the latter’s extreme (and well-earned) unpopularity could not only damage sales, it might encourage regulators to put a stop to the entire deal.

Not that Bayer’s own image is anything to write home about. During the Second World War, Bayer was part of IG Farben, which used slave labor in its factories and used prisoners for medical “experiments.” More recently, they shipped supplies of HIV-tainted medication to Africa, and produced and marketed a statin drug known as Baycol that wound up killing 52 people before it was pulled from pharmacy shelves.

Between the two companies’ dismal record on human lives and the environment, it is indeed a “marriage made in hell.” Fortunately, it isn’t a done deal yet – not by a long shot.