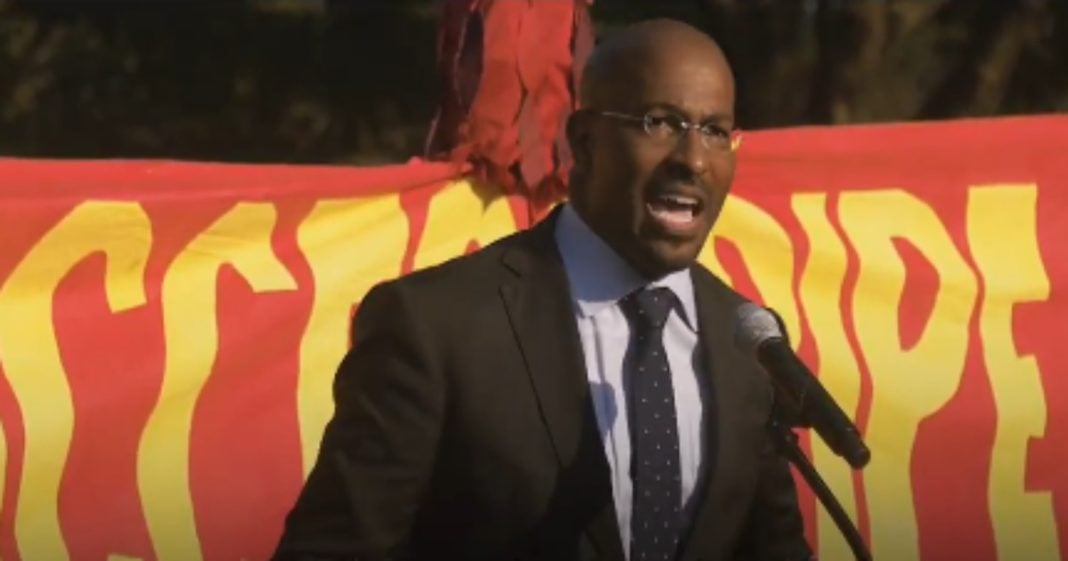 Journalist-turned-activist Van Jones is the most recent prominent voice to join the Dakota Access Pipeline protest which is fighting to stop the development of a pipeline which would damage the earth and encroach upon native lands.

Jones spoke before a group of Native Americans and allies over the weekend when he made a strong declaration.

Seem a bit obvious? Jones wasn’t done there. He then launched into a poetic, spoken-word-esque speech about how the death of oil and coal have spread death across the world.

Finally, Jones made a call to action for the world to turn toward vibrant, living sources of energy and leave the death in the earth from where it sprung.