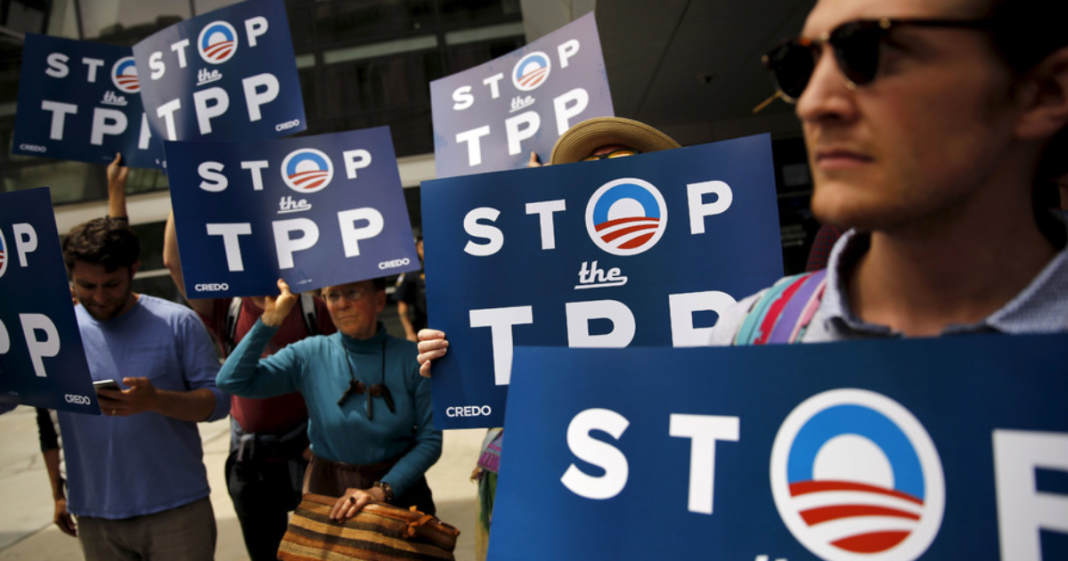 Throughout his entire two terms serving as president, we have rarely seen President Obama fight for something as ardently as he has for the Trans Pacific Partnership.

Even as both presidential candidates publicly oppose the trade deal and a year of anti-TPP rhetoric from Bernie Sanders turned a generation completely against the “disastrous trade deal,” the president ignores the will of the people and pushes for a last-ditch attempt at pushing the bill through Congress.

The most recent attempt came Friday when the president met with a bi-partisan group including Ohio Governor John Kasich in order to try to strategize how to make the trash trade deal seem more appealing to elected officials.

Those who developed the TPP appear flabbergasted that such strong popular opinion is against the bill. Compared to other trade deals passed in the U.S., the TPP is by far the most progressive. But for real progressive democrats and Trump-style Republicans alike, “better” is just not good enough.

We can expect President Obama to continue his last-ditch efforts to push the trade deal through congress, but the clock is running out on his legacy.

Those of us who oppose the TPP will have to remain vigilant through the end of 2016 to ensure that the president does not act outside the wishes of his constituents and make a long-lasting mistake that can not easily be undone.