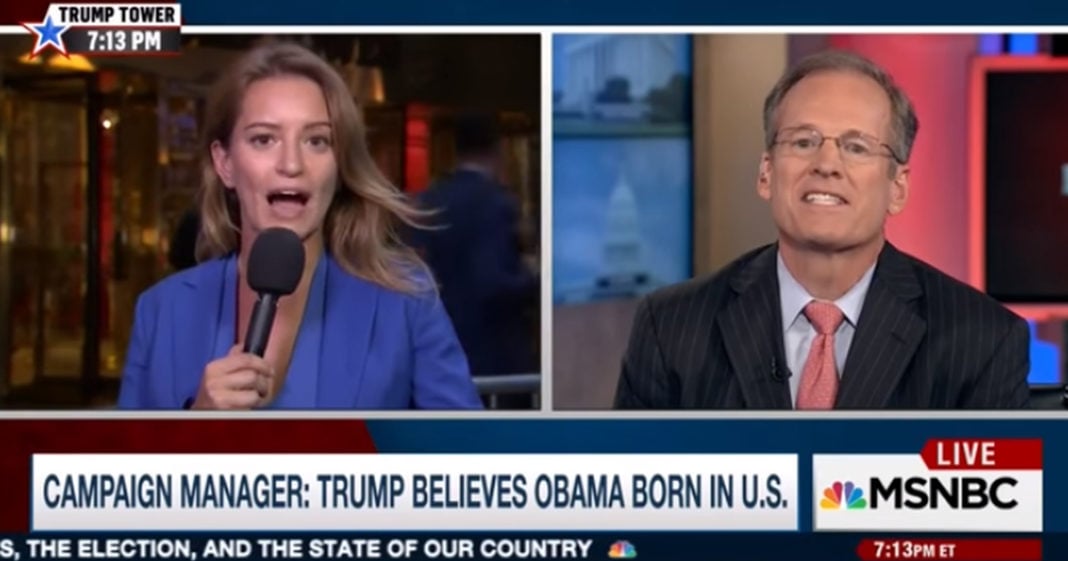 Michael Brooks is filling in for Sam Seder on the Majority Report today. In this clip, reporter Katy Tur, who has been on the Trump campaign trail for 15 months, appears on Chris Matthews’s show to say that many Trump supporters she’s spoken to believe that President Obama was born in Kenya. Despite former Georgia Rep. Jack Kingston’s attempts to say that Tur must have asked leading questions are SHUT DOWN by Tur, as he attempts to interrupt her at every turn. She’s over it, as one should be after covering the Trump campaign for 15 months.