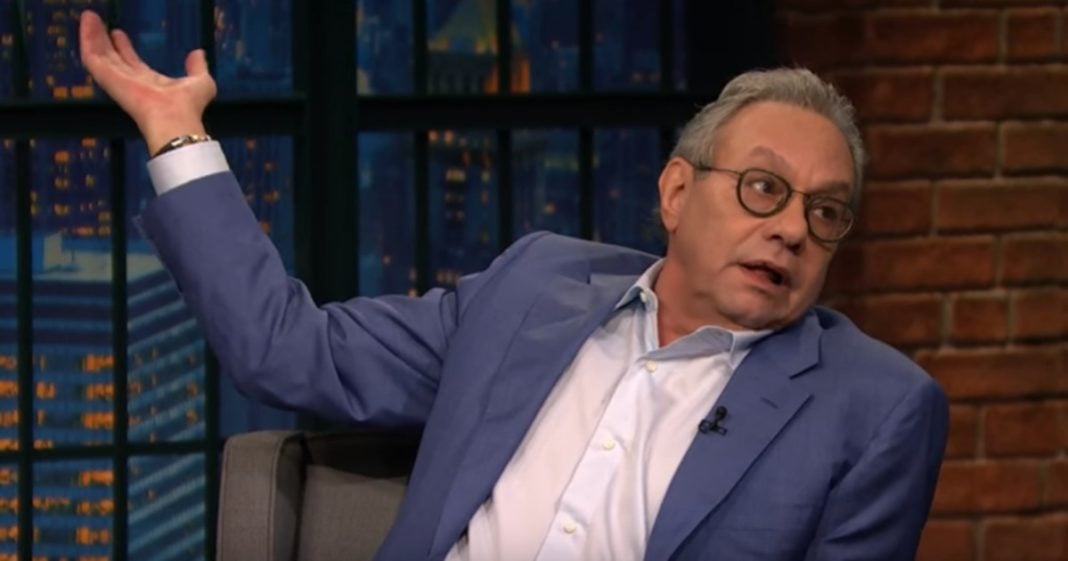 “Late Night with Seth Meyers” has been full of hot political takes as of late, and the recent appearance by comedy satirist Lewis Black was no exception.

Black told Meyers that he feels Donald Trump’s success as a presidential candidate has made his job as a comedian harder, rather than easier, because reality is already so funny.

The comedian then turned his profanity-laden vitriol on corporate media, demanding that they be stopped.

“I turn it on and then I lose my mind. You sit there – they’ve gotta be stopped! Four analysts for anything that happens.

‘What did deplorable mean?’ It means deplorable, jackass!

Y’know? Those debates, the debates haven’t even happened yet, but they’re gonna end and they’ll be eight to twelve of these idiots sitting around telling us, like we didn’t see it, what we just heard. I know what I heard! These are ears, schmuck!”