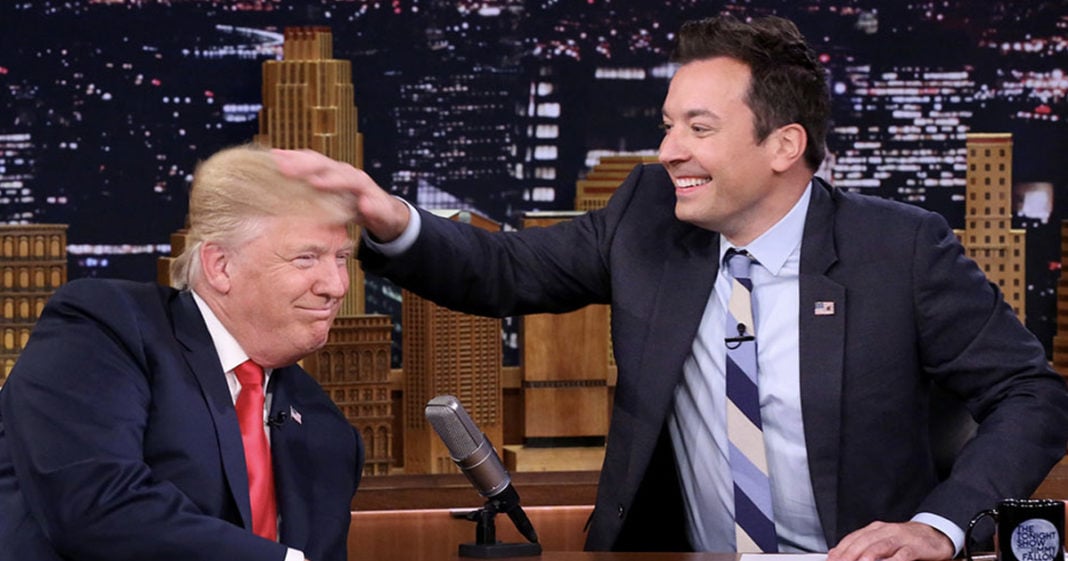 In this Majority Report clip, the great Judy Gold joins the show and we watch Donald Trump’s silly appearance on Jimmy Fallon’s show. That Jimmy Fallon is so silly! He messes up Trump’s hair! It’s so funny! He acts like Donald Trump is silly and funny! Which is actually terrifying considering that he’s a racist, sexist, lying con man that thinks the American presidency should be something like a dictatorship and is a raging, maniacal narcissist terrorizing the hearts and minds of people across the country. I’m talking about Donald Trump; I’m not sure if any of those things are true about Jimmy Fallon—probably not, but who knows.