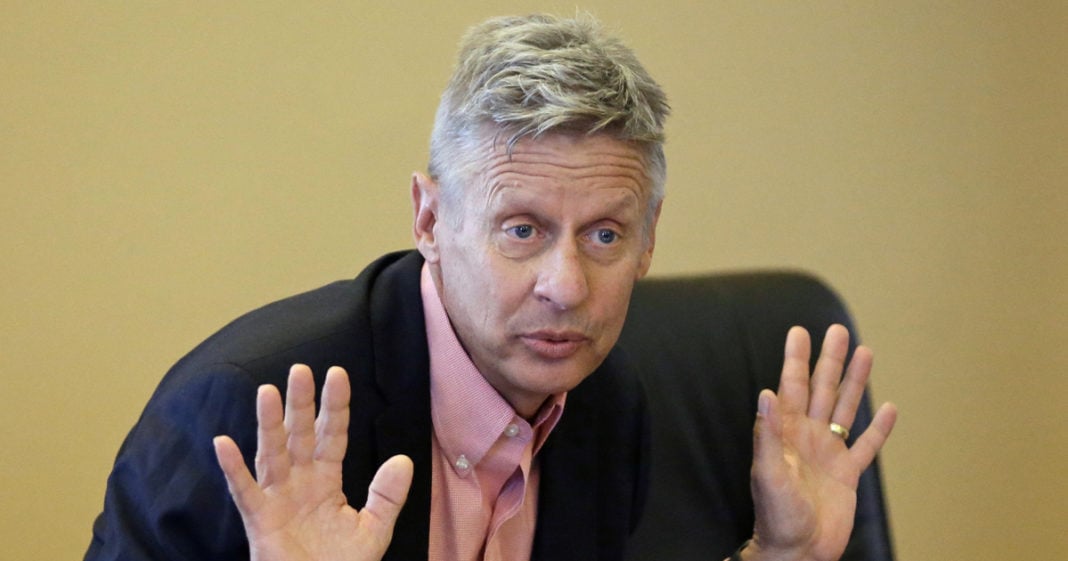 Another slip of the tongue or mind blank, Gary?

During an interview on CNN, Libertarian candidate Gary Johnson was asked to weigh in on the recent Chelsea, NYC bombing and related bombing in New Jersey. Johnson offered an adequately political platitude which might have escaped all scrutiny if not for a pretty gaffe-y line at the very beginning.

“First of all, [I’m] just grateful that nobody got hurt. Secondly, law enforcement is on the scene, responders are on the scene. If there’s anything I learned having been governor of New Mexico for eight years is that these people really do care, they are really qualified.”

This comment from Johnson, likely just a misstatement, adds another layer to the growing view that Johnson is basically clueless when it comes to important political matters. Those who see this gaffe will likely remember a similar one from earlier this month when Johnson apparently had no idea what Aleppo was.

Many will point to similar gaffes from Donald Trump as an argument for why these simple mistakes from Johnson shouldn’t matter, but when you are fighting an uphill battle against the establishment – and losing – you can’t afford to be caught with your pants down.