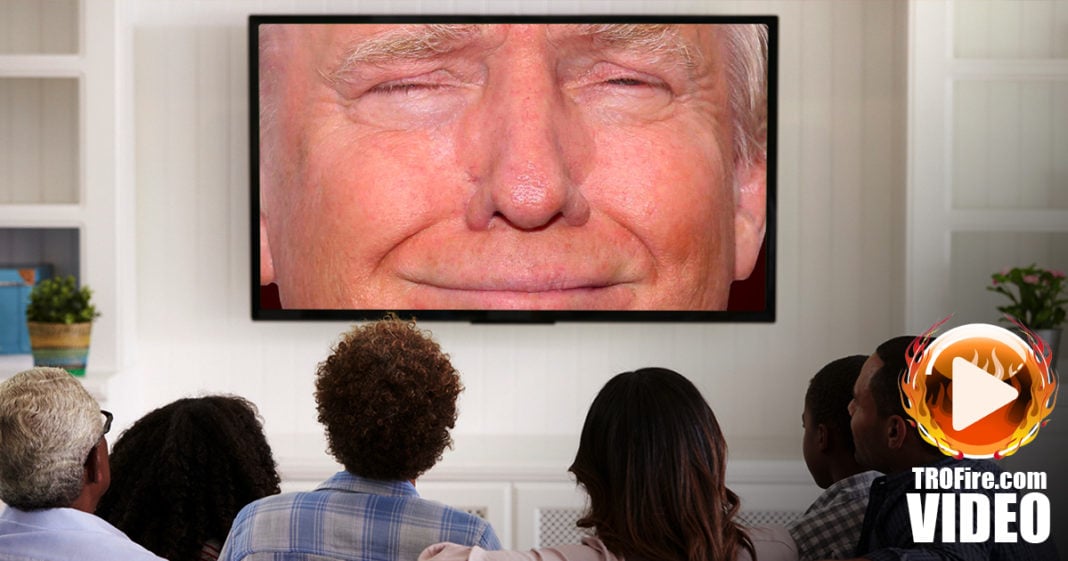 The corporate media has allowed Donald Trump to get away with far more lies and falsehoods than any other candidate running for office. Why can’t they do their jobs? Why are they pushing conspiracy theories instead of calling Trump out? The Ring of Fire’s Farron Cousins discusses this.

The corporate-controlled media is no longer even pretending that they do not want Donald Trump to win this election. Recently, if you’ve paid any attention to the corporate media, and I really hope that you haven’t, there’s been nothing but conspiracy theories and just downright untrue things that the media is covering about Hillary Clinton. How many stories have popped up in the last two to three weeks about Hillary Clinton’s health? “Is she covering something up? Did she lie to her staffers about it? Does she have a blood clot? Are there body doubles? Are there clones?” This is all absolute nonsense.

Meanwhile, this same corporate-controlled media, anytime Donald Trump sneezes, they’re there with a camera waiting to make sure they capture it because it could be a most profound sneeze that you’ve ever seen. A life-changing sneeze. He sneezes better than anyone else, trust me on that. That is the kind of bull crap that they are covering right now. Donald Trump gives a press conference, they will cut to live footage of it fifteen minutes before he even takes the stage. We’re just watching people walk around in an auditorium. Then they’ll do the same thing for fifteen minutes after the speech. When was the last time you saw any other candidate get that kind of coverage?

It’s not just the amount of coverage that Donald Trump gets, it’s the fact that the corporate-controlled media refuses to hold him accountable. When he did his little birther conference last week, it was an absolute lie. It was a con. Did the corporate media call him on it? Hell no, they didn’t. They could have pulled up, “Well, you said this at this point. You said this, you said this, you said this.” Give name, date, specifics. Pull up the damn clips on YouTube and show it to him on your phone. You could have done any of that, but you didn’t.

I understand that Donald Trump’s sideshow circus puts eyeballs on the TV and that increases your ratings, and that’s all you care about. I get that, I really do. It helps you sell ads. That’s the problem. The corporate media is not accountable to the people of the United States, they are accountable to corporations who are calling the shots. That is why we end up with such garbage on TV today.

The favorable ratings that Donald Trump is getting from the television news is just inconceivable. Billions of dollars in free advertising. That number was last tabulated several months ago, so I’m sure it’s much, much higher by this point. Nobody is asking the tough questions. They may not even let the debate moderators fact check during the debate, in which case that’s going to be a slaughter for Donald Trump. He is absolutely going to annihilate Hillary Clinton if nobody calls him on his lies.