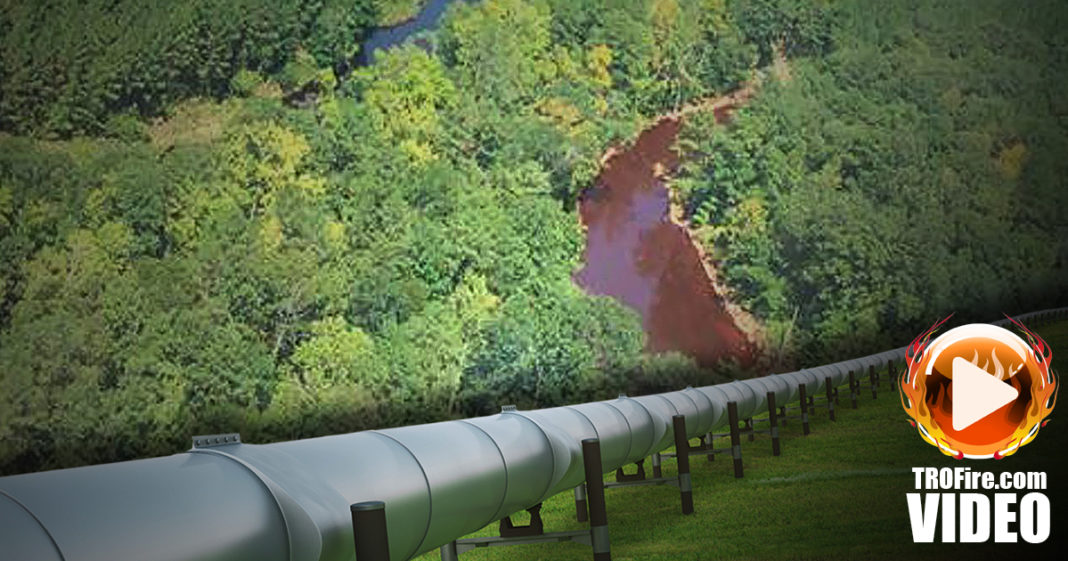 A gasoline pipeline ruptured recently in the state of Alabama, leaking close to 336,000 gallons of gasoline into the environment and driving gas prices up for the entire East Coast. How many more pipelines have to burst before we realize that fossil fuels are not the path to the future? The Ring of Fire’s Farron Cousins discusses this.

On September 9th, about ten days ago, a gasoline pipeline in the State of Alabama was noticed to have been leaking gasoline into the nearby environment. Now I say was noticed because nobody actually knows knows when this leak started. We just know that it was discovered on September 9th.

Here’s where the story gets even more screwy. The leak was only detected because an inspector had to come out and inspect an old abandoned coal mine in the State of Alabama. It’s part of a periodic program they have. They have to go out and inspect this. When the inspector went down to that coal mine, he noticed, “Hey. It kinds of smells like gasoline here.” They noticed some gasoline on the sheen of a nearby pond and said, “Hey. Maybe we should take a look at this.”

Had that inspector not go in out there, who knows how long it would have been taken before this massive pipeline leak was even discovered? It’s estimated that there were three hundred and thirty six thousand gallons of gasoline leaked from this pipeline that stretches from Houston, runs through Alabama towards the East Coast to deliver gasoline.

This is a three foot wide pipe. It was installed in 1963. It has not been updated since then. This is a fifty three year old pipeline that was installed before integration and we’re relying on that thing to send gasoline from Texas to the East Coast? I mean, already, states along the East Coast, Georgia, Florida, especially, North Carolina have seen massive spikes in gasoline prices.

Many areas were actually reporting gasoline outages. People cannot go buy gas because this one pipeline leaks three hundred and thirty six thousand gallons of gasoline. Now, not only does this show how inadequate our pipeline inspection system within the Unites Sates truly is. It shows how dangerous pipelines can be because nobody’s checking them out.

I mean, think about what’s happening in North Dakota with this Dakota Access Pipeline Protest. It’s been temporarily halted at the moment, but this same thing could happen and that is a much more volatile form of oil and gas that would be coming through pipeline then the gasoline that was spilled in Alabama.

Furthermore, we’re relying on a fifty three years old piping system to deliver fuel to forty percent of the East coast. That’s how much this one pipeline carry. Forty percent of the gasoline consumed along the East Coast of the United States came from this stupid pipeline. It is time to get off of fossil fuels.

Our energy infrastructure needs billions of dollars in updates, but rather than spending that money to update an antiquated system with antiquated fuels, why don’t we spend that money to develop an infrastructure to capture and deliver renewable energy sources and solve this problem forever. We don’t have to worry about a solar energy spill or a wind energy spill. We don’t have to worry about destroying the environment just so oil companies can put a few more dollars in their pockets. That’s the only thing holding this up.