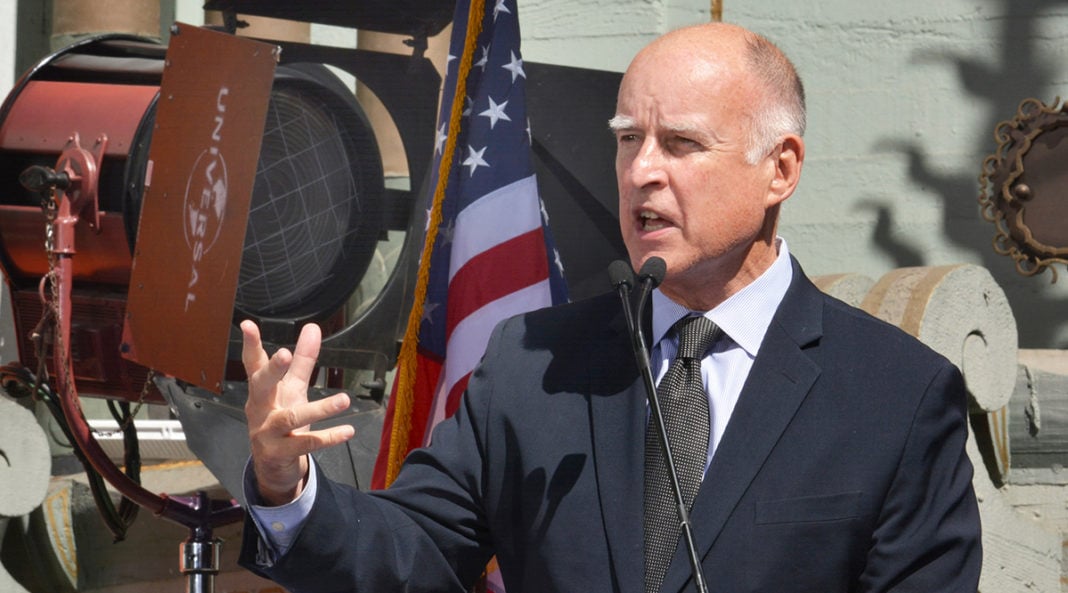 On Friday, California governor Jerry Brown signed off on a new state law that would allow businesses such as restaurants and hotels as well as public agencies to keep epinephrine auto-injectors on hand for emergencies. It is a dream come true for Mylan, which has raised the price of its EpiPens from $50 to $300 each over the past eight years – while giving its CEO a hefty raise.

In a letter to the California State Assembly, Governor Brown wrote that “EpiPens have the potential to save the life of a person suffering from a severe allergic reaction.” Of course, Mylan was a sponsor of AB 1386, and has been sponsoring similar legislation across the country. Certainly, not out of any concern for suffering patients. If that had been the case, this corporate “person” would not have jacked up the price of its life-saving medication by 500%.

No, this is about naked profiteering – something that Governor Brown addressed in his letter. He wrote, “I cannot take this action without registering my strong objection to the bill sponsor’s recently reported pricing maneuvers.” Unfortunately, there isn’t much more that he and state lawmakers can do: “State government cannot stop unconscionable price increases, but it can shed light on such rapacious corporate behavior.”

That is what is happening. Although profiteering price gouging by Big Pharma has been going on for decades, the issue was brought front and center last year when Martin Shkreli, the infamous “Pharma Bro,” purchased the rights to a drug used to treat AIDS-related symptoms and promptly raised the price to patients from $13.50 to $750 per pill. This and similar actions on the part of Big Pharma has reminded Americans that they live in the only nation on the planet that allows the pharmaceutical industry to call the shots.

It’s something of which foreign drug companies are well aware. For example, in Germany companies involved in health care – including drug manufacturers – are forbidden by law to profit. But that doesn’t mean they can’t profit here in the U.S.. But even those foreign drugmakers may soon be held accountable for their unjustified price gouging. Last week, India-based Taro Pharmaceutical Industries was summoned by the U.S. Department of Justice as part of an investigation over its pricing policies.

This points out an unfortunate fact: not much can be done at the state level about this type of sociopathic, predatory corporate behavior. This is a job for the federal government. Governor Brown has written a second letter, calling upon Congress to take action on this problem. Unfortunately, too many federal lawmakers are beholden to the for-profit pharmaceutical and health care industry. There is a silver lining, however. It is summed up in an old saying: “Sunshine is the best disinfectant.” State lawmakers and individuals cannot stop Big Pharma from gouging consumers, but we can raise awareness of the issue.

If there is anything that corporate “people” value as much as making huge profits at the expense of everyone else, it’s their public image. There’s another old saying: “When the people lead, the politicians will follow.” We can expect little help from Congress on reforming our dysfunctional health care system, but if We, The People cry out loud and long enough, they may ultimately have no choice by to follow our lead.