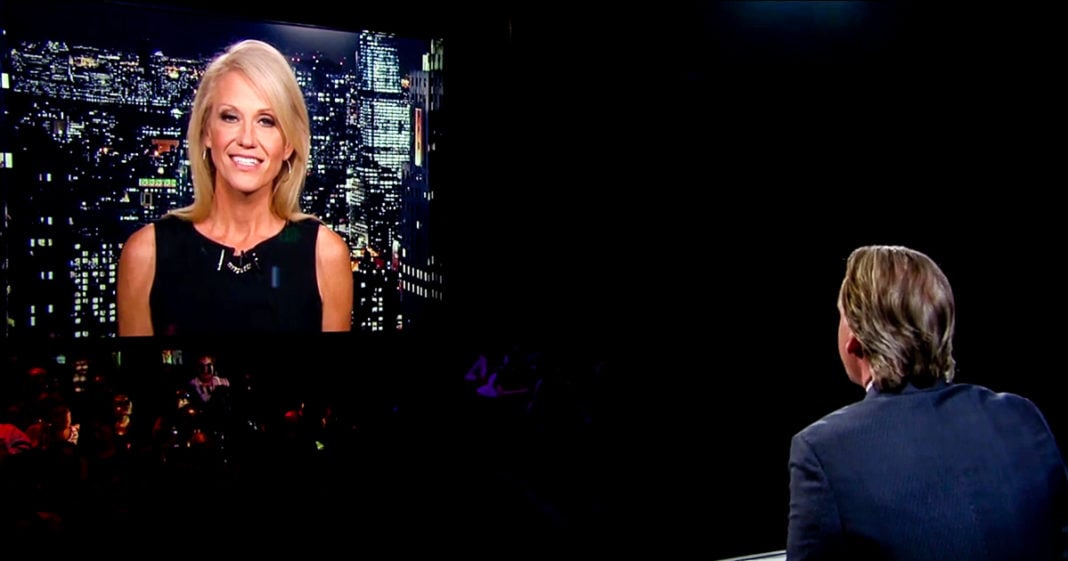 Last night saw the return of HBO’s Real Time with Bill Maher, and Maher began his show with a bang when he interviewed Trump’s new campaign manager Kellyanne Conway. And it seemed as though no matter how many times Maher tried to convince Conway to admit that her favored candidate is a narcissistic liar, she alway had an rebuttal: ‘No he isn’t, Hillary is.’ Really?